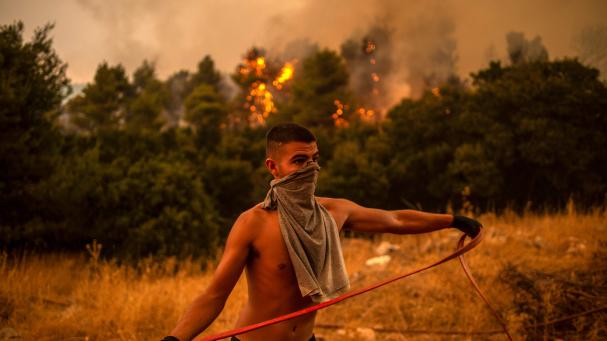 Greek police have arrested a 14-year-old teenager who admits to starting several wildfires in the province of Fithiotida.

A 14-year-old teenager arrested by Greek police this week has admitted  to intentionally setting several fires, the youth said to investigators that he liked to “look at the flames and smoke.”

The confessed minor arsonist admitted up to nine forest fires in Theologos, located in the province of Fithiotida, since the beginning of August.

He was arrested last Wednesday and later blamed as the main suspect in up to 13 fires in the Greek province, the arrest came after the local fire brigade were alerted to video footage of the teenager on social media.

After admitting that he set 9 fires, the boy explained that he set them off with a lighter used his bicycle to move from one point to another, according to local press in Lamia, the provincial capital. The police also arrested his parents and charged them with “child neglect.”

According to the local press, the minor suffers from mental problems and must testify before the prosecutor in the next few days. Lamianow, the local news platform, however, is absolutely adamant that their son did not set the fires and attribute his confession to his psychological instability.

Since the beginning of August, Greece has been rocked by an unprecedented series of fires, which have destroyed 100,000 hectares of forest and crops, hundreds of houses, and have caused two fatalities and hundreds of injuries through severe burns.

Whoever causes a fire in a forest or forest area within the meaning of the law or in an area that has been legally declared forested or reforestable, shall be punished: a) with imprisonment of at least three years and a fine, b) with imprisonment of up to ten years if by the act danger to man, c) by imprisonment if in the case of elements a΄ or b΄ the act caused significant damage to utilities or resulted in severe bodily harm to a person or the fire spread to a large extent, d) by imprisonment at least ten years if in the case of item b the act resulted in the death of another. If a large number of people are killed, the court can impose life imprisonment.