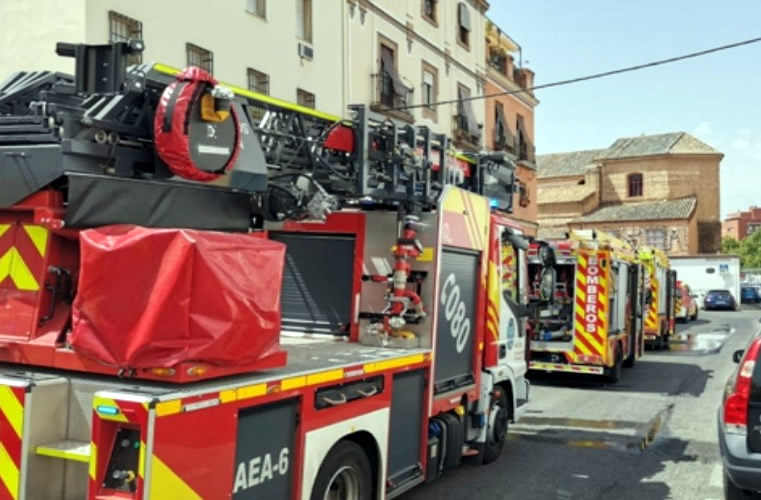 Emergencias Sevilla has reported via its social media pages, the death of an 88-year-old man during a fire that occurred at his home in the centre of Seville this afternoon, Sunday, August 22.

According to the information, the service received several calls from concerned neighbours, at around 3pm, informing them of a fire that had broken out on the first floor of a property located on Santa Lucia Street, in the San Julian neighborhood of the city.

On receiving the calls, they immediately deployed the Fire Brigade, and patrols of the National and Local Police, along with an ambulance and medical team from the 061 services, who promptly attended the incident at the aforementioned location in the city.

Upon arrival at the scene, the emergency services were made aware of the 88-year-old man, lying in the corridor of the building – having been placed there after two brave residents had gone in to rescue him from the fire – where the medical team applied CPR manoeuvres to him for 20 minutes, but to no avail, as it was too late to save his life, and he was confirmed dead at the scene.

First indications are that the fire was caused by an electrical fault in the wiring, which set fire to the curtains and spread through the apartment where the man lived, creating a lot of smoke, making it impossible for his 84-year-old wife, who was unharmed, to reach him, as she rushed to call for help from the neighbours.

As reported by Emergencias Sevilla, one of the residents who rescued the deceased, a 51-year-old man, had to be treated for the effects of smoke intoxication, and was transferred to a local hospital for treatment.

In the meantime, police investigators are gathering evidence to establish the official cause of the fire, and more importantly, to discover the circumstances surrounding the death of the man, who was known to have limited mobility, and was a coronary patient, as reported by sevilla.abc.es.