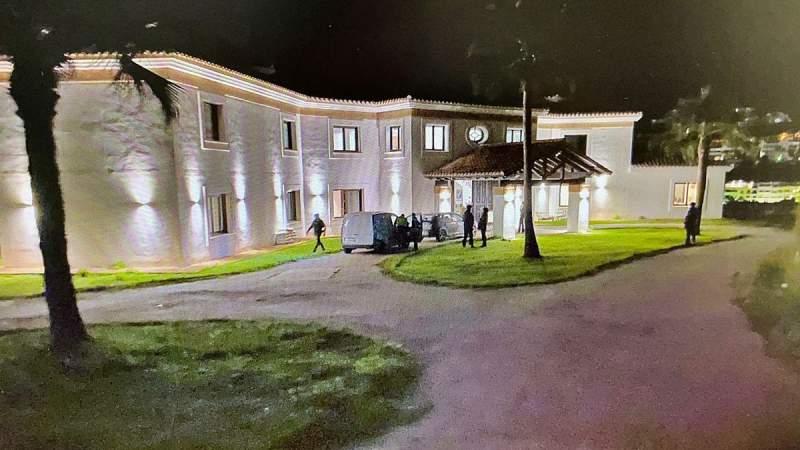 How a Swedish Mafia drugs gang amassed a fortune on Spain’s Costa del Sol using a removals company as cover.

The National Police in Spain, in one of their most successful investigations of the year, have uncovered a massive illegal drugs operation that involved the transfer of substances by removal lorries between San Pedro Alcántara in Spain and Sweden.

The profits generated in the Nordic country reverted to the purchase of super-luxury real estate in some of the best areas in Marbella, Estepona or Benahavís.

During the investigation, it was also discovered that the gang had rented properties to allegedly launder large sums of cash.

The Swedish removals company Roslagen had been traversing Europe for years with its lorries loaded with furniture. The business is based more than 3,000 kilometres away and served both compatriots who returned to their country after a time living in Spain and those who were beginning a new life attracted by the sun and lifestyle.
With offices in Stockholm and Gothenburg, the company prospered until opening small branches in Marbella and Torrevieja (Alicante), two destinations where they found most of their clients.
It was information from the Swedish authorities that put the Spanish National Police on alert in 2018. The continuous movement to the south of Spain of certain Swedish individuals of great interest to the police suggested that they were looking for the same drug suppliers.
These movements eventually led the Udyco Central officers to a warehouse in the San Pedro Alcántara industrial estate, that while under observation, was found to be carrying out some ‘very strange’ activities.
Rented from the Swedish company by a Spaniard, there were days when the workers locked themselves in the premises for many hours, as if preparing shipments of very special furniture.
The manager, son and nephew of the owners from the company that ran the business from across Europe, lived like kings, only frequenting the best venues in Marbella, driving around in a Hummer-type car, all the trappings of wealth.
Under close surveillance, officers let the suspects continue their operations until the first drugs shipment arrived.
One of the most famous drugs operations was carried out in Stockholm where 55,000 units of an opiate drug used as a substitute for heroin were transported to the Swedish capital by one of Roslagen’s trucks.
Days later, in Gothenburg, 85 kilos of hashish were intercepted that arrived hidden in furniture from San Pedro Alcántara.
Suspecting a new shipment, the National Police broke into the lorry and arrested the manager and an assistant when they were preparing a move of 265 kilos of hashish, although they also found four kilos of marihuana in the home of one of them.
Simultaneously, in Sweden, the two owners of the company were arrested and investigators seized 12 properties in the provinces of Malaga, Alicante, Ávila and Granada.
The gang’s collection of high-value real estate was only the tip of the economic iceberg faced by the investigators, who found that both the dismantled group and others that revolved around it had created a vast network aimed at laundering millions of euros.
Among those being investigated are the husband of the current mayor of Marbella, the real estate businessman Lars Gunnar Broberg, and his son Joakim, who was recently arrested in Brazil after having been on the run for several months, according to laopiniondemalaga.
During the operation, 64 luxury properties and land have been seized and the total assets and property recovered exceed 55 million euros.
The National Police said that these groups acted like “real mafias” in the province of Malaga: “With the investment of the huge profits from their illicit activities, they had a very real influence on the real estate market in the area.”
The investigation also concludes that the network banked the money obtained illegally abroad and purchased quantities of gold for the same purpose, opening accounts in the name of foreign companies, acquiring luxury goods and granting loans to companies based in Spain to launder the money.
Related:
The different phases of operation Mueble led to the arrest of 71 criminals in both countries, among which one of the most violent criminals in the Nordic country stands out, who was located in Madrid.
In total, 1,700 kilos of hashish, 500 kilos of marijuana, 55,000 units of an opiate drug, 5 kilos of cocaine, 23 kilos of amphetamine, two submachine guns, a rifle, eight short weapons, a hand grenade, five pistols were seized.
On the money side, authorities seized: 592,000 euros in cash, 1,850,000 euros in bank accounts, bitcoin wallets with an estimated value of 15,000 euros, and properties valued at more than 14 million euros which will be sold to recover the money.