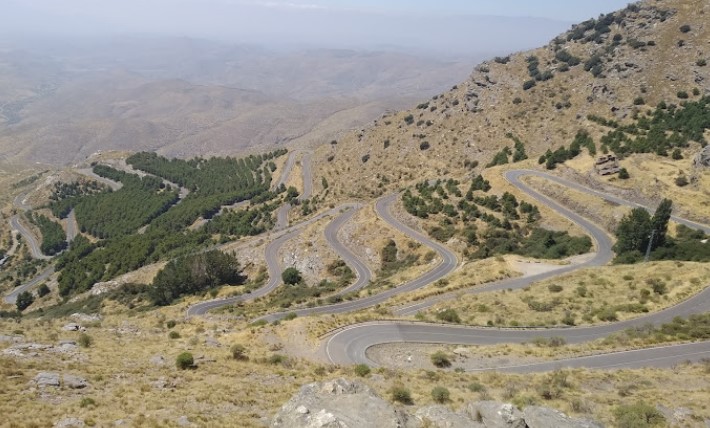 LA VUELTA will enter the province of Almeria this Sunday, August 22, where riders will have to tackle the famous climb of Alto de Velefique

This Sunday, August 22, sees the prestigious La Vuelta cycling event return to Almeria province, with more than 4,200 metres of accumulated unevenness, ending in a special category stage that is the hardest of the entire route of this year’s La Vuelta, the Alto de Velefique, which will be the main protagonist of the ninth stage of this year’s race.

The Sierra de Los Filabres will test the strength of these world-class cyclists, which will start in Puerto Lumbreras in Murcia, and enter the province of Almeria from approximately 12.30pm, depending on the pace set by the competitors, covering a total route of 188km, with the riders scheduled to hit the finishing line in Velefique at around 4.24 pm.

It will be the second time in history that a stage of La Vuelta has finished in this Almeria mountain pass, where, in 2009, the Canadian Hesjedal finished in first position, a stage that includes a climb that over the years has won more prestige, both in professional sporting events, and at the amateur level, without forgetting that hundreds of riders gather on its slopes every year to make descents through the vertiginous route that on several occasions has even received Freeride world champions.

The Alto de Velefique will be the highlight of the Spanish race, with the riders enjoying a rest day on Monday, that they will spend in the province, before they start again on Tuesday 24, with the tenth stage, which will start from Roquetas de Mar, on the Avenida de Cadiz at 12.15 pm, and finishing up 189km later, in Rincon de la Victoria, in the province of Malaga.