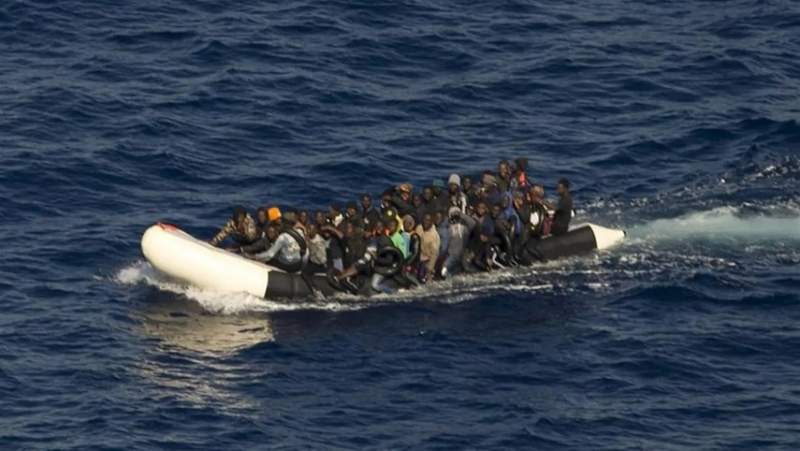 Maritime Rescue Service save 65 immigrants 65 kilometres off Fuerteventura in the Canary Islands just as the boat starts to sink.

A maritime rescue boat and the fishing vessel Ave María II have saved the lives of 65 immigrants that were spotted sinking in their inflatable 65 kilometres off the coast of Fuerteventura in Spain’s Canary Islands.

Service teams found the boat was tightly packed with 49 men, 12 women and four children- seven of those rescued had already fallen into the water.

The rescue has been described as ‘very distressing’ by the people that intervened because they know that that the people were saved “at the last minute.”

That ship was instructed to just stay with the refugee boat without attempting to bring its occupants on deck unless strictly necessary.

The captain aboard the Ave María II reported that six people had fallen into the water when they tried to approach the boat.

The Ave María II managed to pick up the six castaways and lost sight of the pneumatic as fast currents dragged it away out of sight.

It was the Helmer 204 rescue helicopter, which was already on its way, that found it shortly after, half-deflated at the stern, taking in water and with one of its occupants clinging to a fuel drum to avoid sinking.

Around 8:00 a.m., the Salvamar Mízar, who saved all the people who were in it, including the one floating with a jerrycan.

The emergency services have no evidence to date that there have been fatalities, but sources from the Caminando Fronteras collective have indicated that one of the occupants of the inflatable telephoned his family when he arrived at the port and said that one of his companions was missing.