Spanish cities that we will see ‘devoured’ by the sea 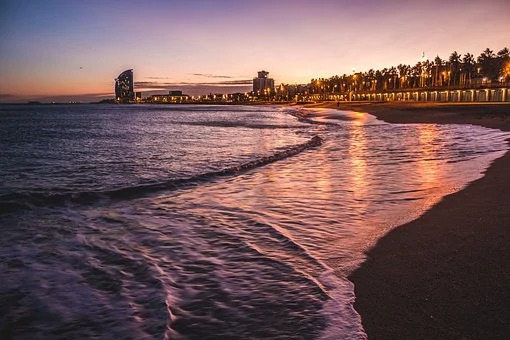 Spanish cities that we will see 'devoured' by the sea Credit: Pixabay

Spanish cities that we will see shockingly ‘devoured’ by the sea in the next 60 years.

According to the latest report from the United Nations, Spain is set to be hit hard by climate change and this will include floods, fires and extreme droughts too. It is predicted that Spanish beaches such as Barceloneta, Matalascañas and La Manga could see their days numbered.

Sadly though these are not the only beaches and coastal areas expected to be hit by climate change and rising water levels during the next 60 years. Across Spain it is thought that over 8,000 kilometres of coastline could be at risk as climate change is expected to hit Spain hard. According to reports the rises in sea levels will be irreversible and could be seen for centuries to come.

Many expats in Spain have chosen to live in coastal areas but climate change was not something that they had in theit plans when they moved to live a life in the sun. The rising sea levels over the next sixty years could hit both locals and expats alike and is cause for worry.

One expat EWN reader said: “I moved to Spain to spend my retirement in the sun but I hope that many members of my family will follow me. Rising sea levels may not affect me but they could hit my family in the future.”

According to the UN’s Intergovernmental Panel on Climate Change (IPCC) in its draft Sixth Assessment Report (AR6) sea levels are expected to rise. Year-on-year these rises will be barely perceivable, but they will continue nevertheless.

As reported El Espanol, “Whether it does so more or less rapidly will depend on the global population’s ability to reduce greenhouse gas emissions, an anthropogenic aspect closely linked to global warming. The IPCC’s five scenarios range from a mid-century temperature increase of 1.5 degrees Celsius at low emissions (SSP1-1.9), through an intermediate scenario (SSP2-4.5) to a higher and – it is expected – less likely 2.6 degrees Celsius (SSP3-7.0).”

The extent of the damage though depends on what we do now and reducing pollution.