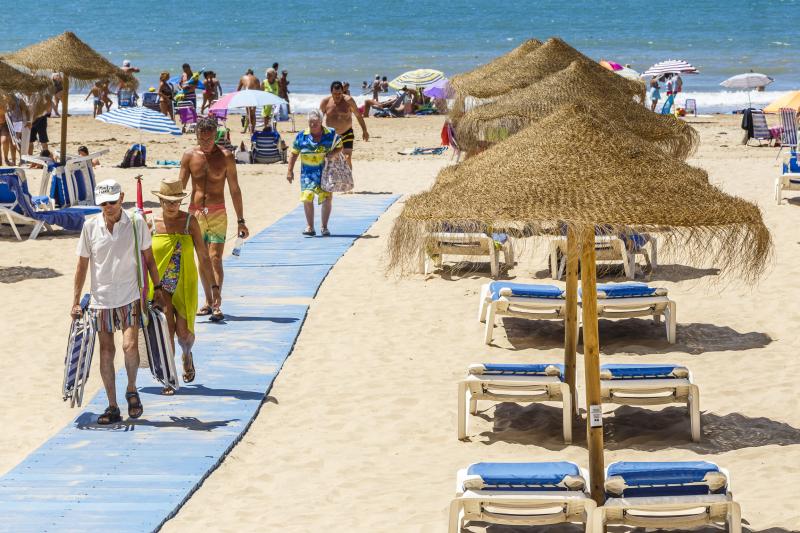 85-year-old man dies on Victoria beach in Cádiz from a suspected heart attack.

An 85-year-old man died at around eleven o’clock on Monday, August 23, on Victoria beach, Cadiz, just yards away from the El Arte Serrano restaurant.

According to witnesses, the victim was swimming when he ran into difficulty, so he had to be assisted by the Guardia Civil and Red Cross personnel who helped him get out of the water- however, it was already too late and he was pronounced dead at the scene.

Apparently, although not confirmed by the health sources, the 85-year-old man could have died after suffering a heart attack and not because of drowning, as it was initially thought.

The rescue and the man’s subsequent death caused a great deal of shock among the large crowd who were already on the beach at the time, enjoying the sun, sand and sea.
Around one in the afternoon, the victim’s body was transferred from the scene by an ambulance, once all the necessary details had been taken and a doctor had confirmed the death. No further information regards the man nationality have been offered by the police or emergency services.