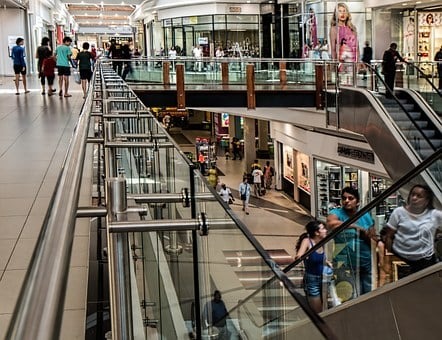 Alleged attempted child kidnap in Spain’s Fuengirola, according to reports on social media.
One worried person took to Facebook to share details of the shocking incident where a child was allegedly nearly abducted from a shopping centre in Spain’s Fuengirola.
The worried person took to Facebook and shared information with others that was then shared by Canal denuncias e informacion.
The post read: “ATTENTION PARENTS !!! In the Miramar shopping centre in Fuengirola there have already been two attempts to abduct children, a three year old boy from some FRIENDS OF MINE, a man of about 60 years old grabbed him by the back of the neck and pushed him, the mother saw him and took the child from him, the man claimed that it was a joke, but last week a woman also tried to kidnap a girl🙏🙏🙏🙏🙏So be careful with this, these mafias are on the coast.”
One Facebook user queried what the man looked like as their son had also allegedly been approached recently. They commented: “my son in the mall was approached by a man about that age and said something about his shirt, immediately my son turned and looked at us but we were near the man smiled and left.”
Update: Happily the National police have now been able to confirm that no attempted kidnappings have taken place.
In other Spanish news, surprise gesture of Pedro Sanchez after Spain ravaged by fire. The Prime Minister of Spain, Pedro Sanchez has won over local residents with a surprise gesture in Spain’s Sotalbo.
Pedro Sanchez won over more hearts as he made a surprise gesture to a resident in Spain’s Sotalbo, after fires recently devastated Avila. Paquita, lives in the town of Sotalbo in Avila and Sanchez was visiting to meet with the local mayors who have seen their towns affected by shocking fires recently. Paquita showed her admiration for Sanchez after he made a wonderful gesture.