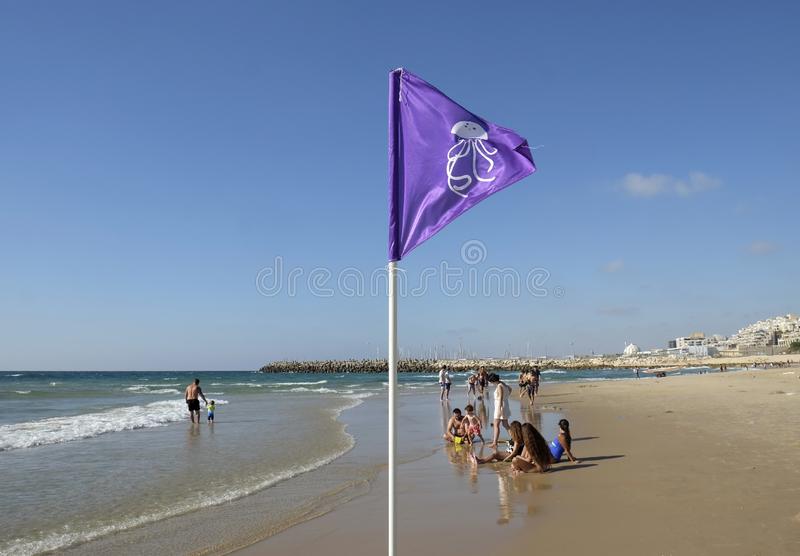 Giant jellyfish have swarmed beaches in the Campo de Gibraltar area, a county (comarca) in the province of Cádiz, Southern Spain, forcing a ban on beach bathing, especially in the municipality of Algeciras and the city of La Línea, where there are very large swarms of the medusae.
Pelagia noctiluca, which are the small reddish-pink jellyfish that predominate on the Campo-Gibraltar coast, are the ones that cause the most incidents in the area.
The problematic species are the rhizostoma luteum, also known as agua mala, which have been seen along the coast in large numbers, according to a report from europasur. These jellyfish are spectacular in size, reaching 90 centimetres in diameter and packing a powerful and sometimes debilitating sting.


Related:
Giant stinging jellyfish have also recently swarmed the beaches of the province of Malaga.
An increased presence of the jellyfish has been reported over the last few days at the beaches in and surrounding the province of Malaga, on the southern coast of Spain’s Costa del Sol.
Experts from the Aula del Mar marine conservation organisation in Malaga had already said to expect that the summer was going to be “complicated” in terms of the presence of jellyfish on the Costa del Sol.