Spain's incidence rate falls by 27 points over the weekend 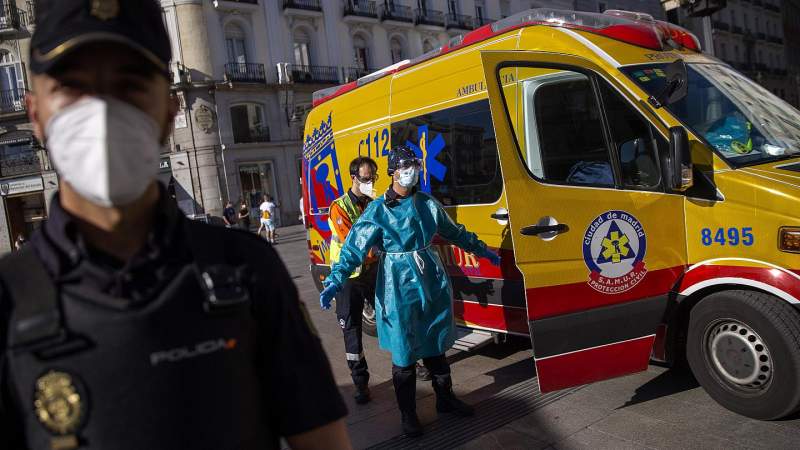 Spain's incidence rate falls by 27 points over the weekend

Spain’s incidence rate falls by 27 points over the weekend but deaths show an increase.

The communities that register the highest number of new infections after the weekend are Andalucia, which totals 4,930; Catalunya, which adds 3,498 infections; Madrid (2,661); and the Valencian Community (2,340).

On Friday the rate stood at 345.18, which is a fall of almost 28 points over the weekend and of almost 100 from the previous Monday. The contagion rate is based on all communities but excludes Extremadura and Melilla, areas where it has risen slightly.

The Ministry of Health for Spain also notified of 201 deaths since Friday in what is the worst weekend since March 8, when 633 deaths from the disease were recorded. Last Monday 125 deaths were registered.

After reaching a peak incidence rate several weeks ago and with hospitalisations already in decline (although they rebounded slightly after the weekend), last week unpublished daily death figures were reached in this fifth wave of the pandemic.
Between August 13 and 19, the autonomous communities have carried out 801,355 diagnostic tests, of which 518,295 have been PCR and 283,060 antigen tests, with an overall rate per 100,000 inhabitants of 1,704.06. The overall positivity rate stands at 10.79 percent, up from 11.66 percent on Friday.
Related:

Despite the drop in the rate of vaccination in August, Spain continues to break records and is nearing the goal of reaching 70% of the population fully immunized. This Monday, Spain has overcome the barrier of 75% of the population with at least one dose of the vaccine, about 35.7 million people.

After the 500,000 doses administered over the weekend, the autonomous communities have vaccinated 66.3% of their inhabitants with the complete schedule (two doses of Pfizer, Moderna or AstraZeneca or one of Janssen). In total, 63.6 million doses have been administered since the start of the campaign, in December 2020.