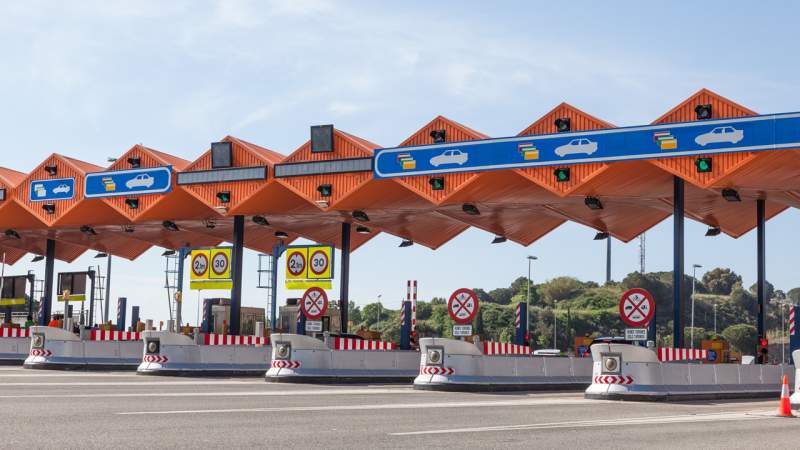 Three out of four tolls in Catalonia become free on August 31. image: Wikipedia

Three out of four tolls in Catalonia Spain become free on August 31.

Catalonia’s community is about to get rid of one of its most hated elements- motorway tolls!

On August 31, the concessions of some of the most used highways come to an end and, as of September 1, the barriers will be lifted on three out of four existing tolls.

Motorways that cross the region from end to end, such as the AP-2 between El Vendrell and Zaragoza and the AP-7 between La Jonquera and Tarragona, will become free, continuing a process of freeing tolls that in the section from Tarragona to Castellón has already been in force since January 1, 2020- both roads are state-owned.

There are also two roads belonging to the Generalitat that will cease to be toll roads: the C-32 in the Maresme region (Montgat – Palafolls) and the C-33 between the Catalan capital and the Vallès region (Barcelona – Granollers).

In the meantime,  the Generalitat budgets will have to set aside investments in order to allocate funds to maintenance work. In fact, the Ministry of Transport is already accumulating a deficit generated over the last few years by the high cost of maintenance of both expressways and national highways. Taking on more freeways without any revenue will only increase the debt.

Administrations agree that part of the cost should be passed on to drivers, although the unpopularity of the measure has been delaying the need to tackle the debate. The ideal for the public coffers would have been to link the new model with the end of the concessions, but it is already late and it is unlikely that anything concrete will be implemented for another year or two.

One of the most feasible options that could be activated in a more or less agile way is the vignette, a literal translation of the model used in countries such as Switzerland and Austria. There, drivers pay an annual amount for a sticker similar to that of the ITV that allows them to navigate freely throughout the year on the country’s roads.

The Government is committed to a pay-per-use system. In other words, tolls again, although their appearance will probably be different and, most importantly, with much lower prices than at present.

Unions are still in discussions with the government over redundancy payments, around 340 workers have so far been notified their employment will end as the tolls are made free.