Under Ebrahim Raisi, Men and Women are Equal – Under Torture 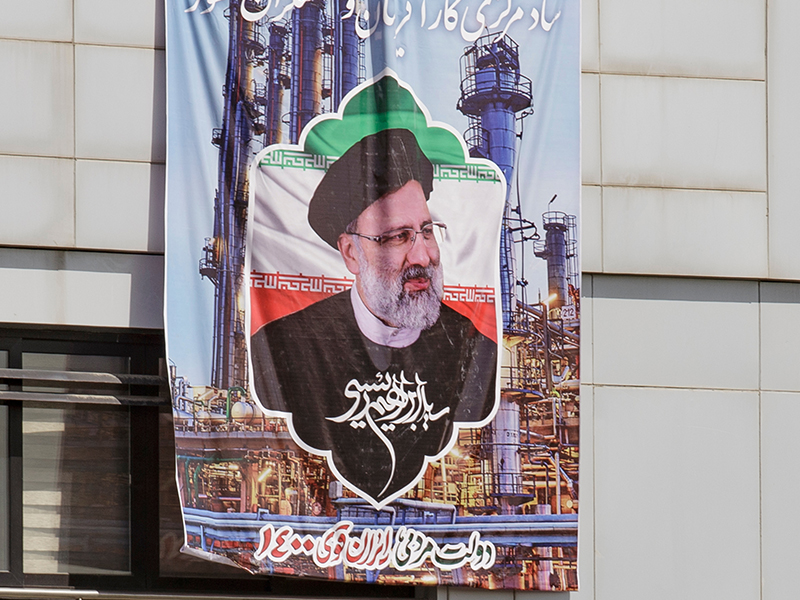 On 19 June, the Iranian state apparatus announced the final results of its much anticipated presidential election. With over seventy percent of the vote, Ebrahim Raisi, the current Chief Justice of Iran and head of the country’s court system, was named president-elect. Raisi officially took office on 3 August.

The current Iranian president is perhaps the man with the single most experience working in the Islamist regime. At the young age of nineteen, Raisi participated in the 1979 que that toppled the shah and brought the Revolution’s ideological leader Rouhallah Khomeini to power.

The scion of a prestigious clerical family, Raisi was scouted by close aides of Supreme Leader Khomeini shortly after the ascent of the new regime. Raisi, by then formally trained in Islamic jurisprudence, was hired into the country’s judiciary system and quickly ascended the ranks.

While still in his twenties, Raisi held senior prosecutor positions in municipal governments and at the regional level. Throughout the 1980s, Raisi gained substantial experience as a prosecutor for various jurisdictions, including Karaj city, Hamadan city, and later over all of Hamadan province. In 1985 at the young age of twenty five, he became deputy prosecutor in the country’s capital, Tehran.

But Raisi’s meteoric rise through Iran’s governmental apparatus is just the surface layer of a dark career. Ebrahim Raisi has contributed more to the torture and abuse of Iranians than any other living official in Iran today.

One of the more well known crimes of Raisi is his participation in the brutal incident now known as the 1988 Prisoner’s Massacre. During his position as assistant prosecutor in Tehran, Raisi was intimately involved in carrying out orders of Supreme Leader Khomeini to secretly execute tens of thousands of political prisoners.

Rais’s role in the killings was far from merely supportive. The young prosecutor was part of a four man council later known as “the death committee” that implemented the executions. During the early summer of 1988, Raisi personally oversaw the mock trials and subsequent death sentences of thousands of Iranians.

Beyond the 1988 Massacre, more horror stories began to come to light as Raisi’s prospects for the president’s office rose.

Apparently, Raisi’s affinity for torturing prisoners was always a feature of his work in the judiciary. A recent publication by the Iran Human Rights Monitor records an interview with Farideh Goudarzi, a woman who was arrested during the purges in Iran during the early 1980s.

Despite being pregnant at the time of her arrest, Goudarzi was subjected to brutal torture in the presense of the local cheif prosecutor–Ebrahim Raisi. “It was a dark room with a bench in the middle and a variety of electric cables for beating prisoners,” recalls Goudarzi. “There were about seven or eight torturers.

One of the people who was present during my torture was Ebrahim Raisi, then chief Prosecutor of Hamedan and one of the members of the Death Committee in the 1988 massacre.”  Raisi has in fact become known for his savage treatment of women in particular, having ordered the execution of some thirty women and the lashing of dozens more.

Raisi’s treatment of female prisoners was not limited to execution and battery. Numerous eye witnesses accounts have confirmed the systematic use of sexual assault as a means to break the will of incarcerated women in Iran’s prisons. Recently, Raisi was implicated as overseeing this policy during his time as the Chief of the Judiciary, a position he held for over two years prior to being elected president.

Raisi’s draconian tactics remained a staple of his throughout his career. In the countrywide protest movement that rocked the country in 2019, the government viciously crackdown on demonstrations, killing hundreds protestors and injuring thousands more. Raisi did his part in clamping down on the popular uprising by personally issuing countless sentences for torture and execution for participants in the movement.

This trend included the crackdown on the so-called hijab protest between 2017 and 2019, a countrywide trend in which women publicly objected to forced hair coverings. Women’s rights activists all over the country were imprisoned prompting international condemnation from governments and human rights groups alike.

The record of Ebrahim Raisi speaks for itself. Those with any level of familiarity with the man’s long and horrific career are concerned for what his election to Iran’s highest public office means for the country. “The presidency of a mass murderer like Ebrahim Raisi sends a message that the regime has every intention to intensify suppression at home,” said Shahin Gobadi, a coordinator of the Paris-based National Council of Resistance of Iran.

Gobadi also fears what Raisi’s rise to presidential power will mean for the stability of Iran and its government. “His desperate appointment will actually lead to crippling disturbances for the regime. This was at best a Pyrrhic victory for the regime’s Supreme Leader Ali Khamenei and his protégé, Raisi.”

As many in the West continue to seek a reproach with the Iranian regime, they would be best served to keep in mind who it is they are dealing with. A man who so wantonly brutalizes his own people, can never be a partner for stability and peace.