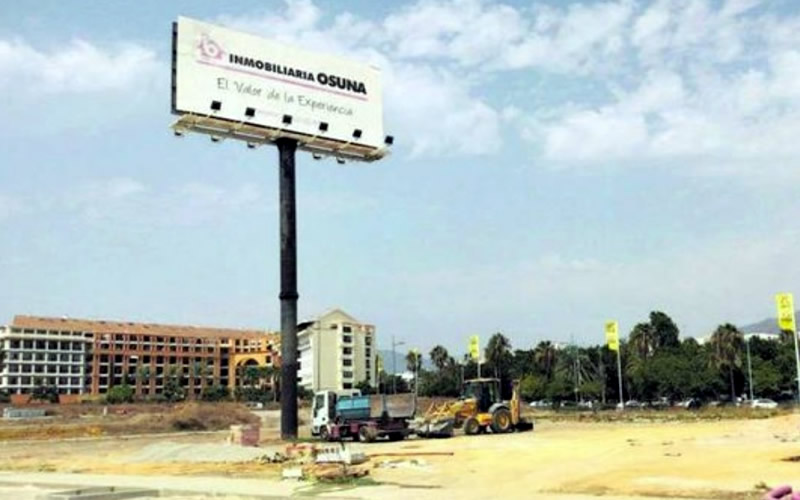 AN AGREEMENT to expand the southern area of the municipality of San Pedro de Alcantara has been approved by Marbella City Council
On Monday, August 23, with the approval by the Local Government Board of an agreement on the partial plan which will allow the development of about 110,000m² of surface with mainly residential use, Marbella City Council resumed the project to promote the expansion of an urbanisation in the southern area of ​​San Pedro de Alcantara, that is one of the fastest-growing areas that remain in the municipality.

The Consistory has also sent the partial plan to the Department of Sustainable Development of the Junta de Andalucia for the start of the strategic environmental assessment procedure, a prior procedure that is necessary to be able to materialise the content of the partial plan itself.

This partial plan will allow the development of an area of ​​around 110,000m², located between Calles Jose Echegaray and Lyon, of which, 22,000m² will comprise green areas for the enjoyment of residents; about 8,900m² will have equipment for different uses installed; 205 public parking spaces for vehicles; and the construction of more than 380 homes, of which 112 will be officially protected.

It is an area located between the boulevard of San Pedro and the coastline, in which, for example, the Junta de Andalucia is running a Secondary Education Institute, or in which the City Council plans to build a music and dance school.

Municipal spokesman, Felix Romero, explained, “It is a plot located between Calles Jose Echegaray and Lyon, in the southern sector, and is one of the most important in terms of future growth in the municipality”, adding that the work should begin “in a couple of years.”

Javier Garcia, the deputy mayor of San Pedro de Alcantara, assured that the objective of the City Council is, “to try to distribute the facilities within a city model throughout the urban nucleus. The approval of the agreement is good news since this partial plan will complement an expansion zone, and an area of ​​interest such as the southern zone of San Pedro de Alcantara”.

With the approval of the partial plan, the Consistory has resumed the procedure of a proposal whose processing began back in 2018, and was presented at the end of last year, but which was paralysed due to the need for the promoters to solve documentation related to the green areas of the plan, Romero explained.

The proposal originally announced at the end of 2020 contemplated the construction of more than 600 multi-family homes, and about 17,000m² of green areas, as reported by laopiniondemalaga.es.