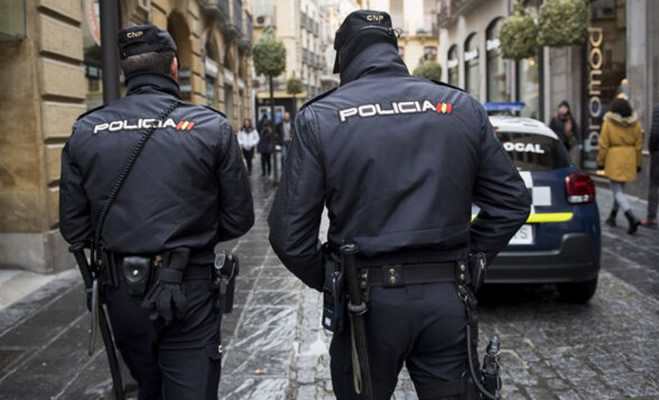 National Police officers in the Valencian municipality of Gandia have detained and questioned four young people who attacked the owner of a bar in the town last Wednesday, August 18, after he reproached them for leaving without paying the €60 bill, an attack that was recorded by a neighbour and spread on social networks.

According to a police statement, the four young people are aged between 21 and 29, two of Spanish nationality, one Colombian, and one Romanian, who were all questioned in the presence of a lawyer at Gandia National Police station, where they have been accused of a crime of injuries, and later released with charges pending against them.
In the video that was posted on social networks, three of the detainees attacked the owner of the hotel establishment in the middle of the street, and it shows how the complainant parked his silver minivan to obstruct the exit of the car park where the youths had parked their vehicle, also a minivan, but black.

It is also seen how the owner of the premises – claiming they had left without paying – blocked the only way out of the young people’s car, while armed with a flexible object, similar to a belt, and while one of the boys tries to move the owner’s vehicle, three of the young people exchange blows with the complainant, who, despite his disadvantaged situation, keeps going back at them, amid the audible advice from neighbors and pedestrians shouting to him, urging him to “stay put”, he still insists on blocking their exit.

Finally, the boys manage to manoeuvre their car and leave the place, although the owner of the bar is still chasing them for a few metres in his own vehicle, as reported by 20minutos.es.