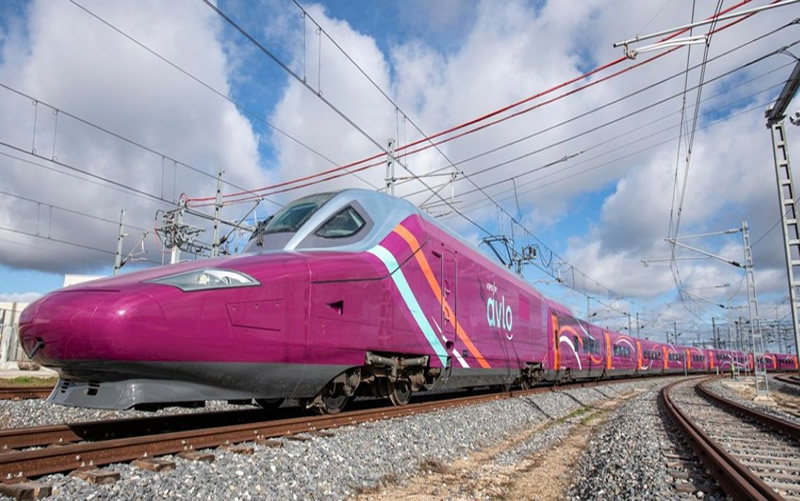 THE new low-cost AVLO service by Renfe has proved a massive success with 863,381 passengers already using the high-speed trains in just two months

Renfe’s new low-cost high-speed service AVLO came into operation on June 23, and in the short time since, the service has already carried a whopping 863,381, compared to 320,633 in the corresponding period of 2020, which gives the railway company renewed economic hope for the future, as they recover from the pandemic.

Today, Tuesday, August 24, Renfe announced that through its ‘PlayRenfe’ application, the multimedia content platform of the Renfe AVE and AVLO trains, passengers will have access to all LaLiga Santander, LaLiga Smartbank, Champions, and Europa League matches on board the AVE trains that are equipped with a WiFi connection, to be viewed via the LaLiga TV channel.

In the first half of 2021, Renfe suffered losses of €241.8 million, 15.2 per cent more than during the same period of 2020, despite the increase of more than 10 million more passengers in the same period in 2021, with the operator transporting 144.9 million passengers, 7.7 per cent more, but far from the 261 million people who travelled by train in the first half of 2019.

2020 was the worst financial year in the history of the Isaias Taboas chaired train company, recording losses of €479 million, in comparison to the €107 million profit in 2019, with a huge collapse in the number of passengers, which fell to -47.8 per cent during 2020 as a result of the restricted mobility at the time of the paddemic.

As a result, Renfe’s management is committed to the objective of increasing the use of the rail network, and especially of their high-speed lines, but they are also working on new business formulas that will help improve general profitability – such as diversifying the offer of services – along with a general plan to improve income, which includes international expansion, such as the one announced last week, with the purchase of a European railway operator, as reported by elperiodico.com.