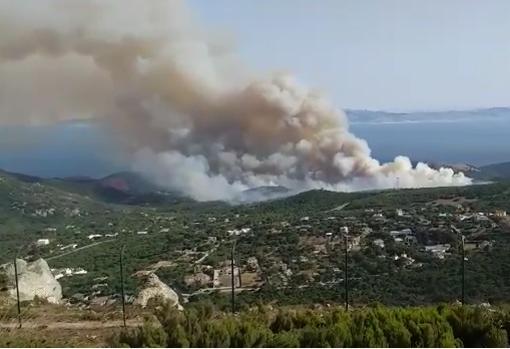 Tarifa fire zone in El Cuartón has been declared a ‘catastrophic area’ by the Council of Ministers.

The Council of Ministers has agreed today, Tuesday, August 24, to declare the area affected by the fire in El Cuartón, within the municipality of Tarifa, as a ‘catastrophic area’, (what would be called in the UK a disaster zone).

The fire, which Infoca has declared extinguished this Tuesday after blazing continuously for nine days, has destroyed about 200 hectares. Along with this area, Andalucia includes the ruined lands of Jun, Taha-Capileira, in the province of Granada; El Ronquillo in Seville; Villaharta in Córdoba; and Bonares and Lucena del Puerto, in the province of Huelva, as well as territories in Castilla y León, Aragón, the Canary Islands, Castilla-La Mancha, Catalonia, the Valencian Community, Extremadura, the Balearic Islands, La Rioja, Madrid, Navarra and Asturias

In every case, these fires reached such severity that the autonomous communities were forced to activate their respective protection plans in a significant operational situation (levels 1 or 2), as established in the General State Emergency Plan on December 15 by the Government to access Zaepc’s (civil protection emergencies) statement.

By declaring these areas as a catastrophe, it will allow those affected to benefit from a series of measures and financial aid aimed at alleviating both personal damage (58 people have been slightly injured, including 22 who were involved in the firefighting work) and material damage to homes and belongings and to industrial, commercial, agricultural and other service establishments.