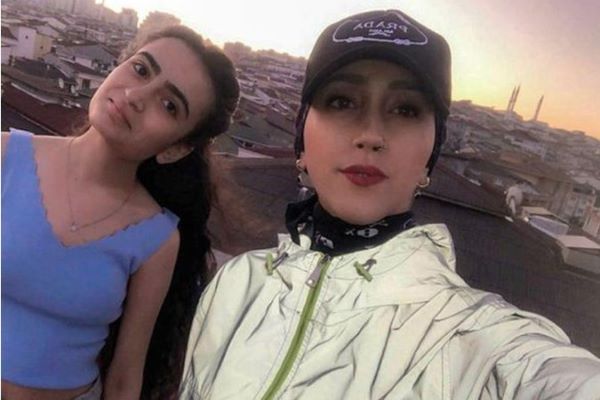 TikToker falls to her death from rooftop after climbing up to take video of sunset. image: Instagram

TikToker falls to her death from a rooftop after climbing up to take a video of the sunset in Turkey.

A TikToker plunged to her death after clambering up onto a rooftop to shoot videos of the sunset. Kubra Dogan, 23, was visiting her cousin 16-year-old cousin Helen at her family’s apartment in Istanbul, Turkey when the pair decided to film content for TikTok on the roof.

The pair spent some time taking clips and pictures to post on Instagram while on the roof when suddenly, at around 7.30pm, Kurba fell to her death.

Shocking footage of the incident, filmed by her cousin, shows her posing for the camera before sitting on the edge of the roof. The video shows Kubra stepping down onto a lower part of the building then a loud crunching sound can be heard as she disappears through the plastic panel, plummeting about 50 metres.

Her stunned cousin quickly rushed to tell her family of the incident and emergency services dashed to the scene in Esenyurt on Friday, August 20. Upon arrival at the grim scene, paramedics confirmed Kubra had died of her injuries.

According to the local news site Sabah, her heartbroken family is planning to sue the roofing contractor who installed the sheets on the roof. Kubra’s uncle Nebi Dogan was quoted as saying by local media, “There is a big flaw in the contractor there. As soon as the girl puts her foot, it breaks and (she) falls to the ground from the 9th floor.”