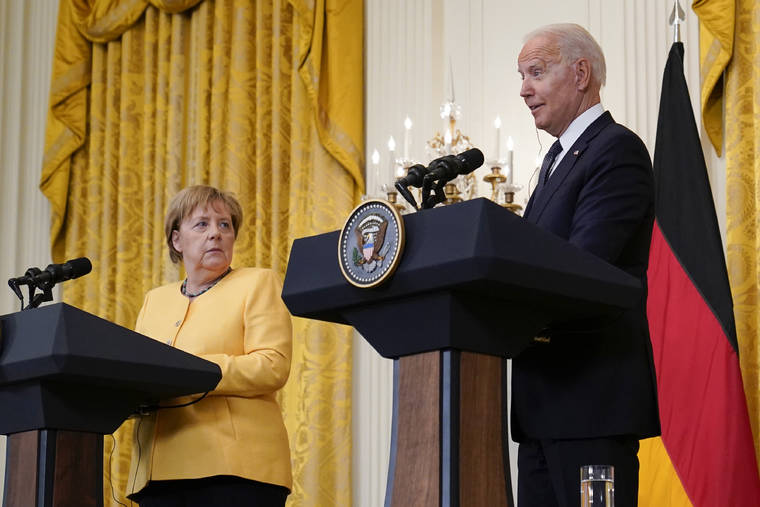 Angela Merkel is the first leader to break ranks with Biden and has vowed to extend the Aug 31 deadline.

German Chancellor Angela Merkel looks set to be the first world leader to break ranks with Joe Biden after she vowed to extend the August 31 deadline for the withdrawal of all foreign troops.

The German leader is set to ignore US President Joe Biden’s party-line that all evacuations should end by August 31. She told the German parliament today- Wednesday, August, 25 – that “The end of the air bridge in a few days must not mean the end of efforts to protect Afghan helpers and help those Afghans who have been left in a bigger emergency with the takeover of the Taliban.”

“That’s why we are working intensively at all levels to find how we can protect those who helped us, including through the civilian operation of the airport in Kabul,” she added.

Concerns are widespread that the violence will erupt as the foreign troop withdrawal deadline of August 31 draws closer.

“Everything that hasn’t been destroyed is the Taliban’s now,” a US official said. The latest footage comes after dozens of photos were released of Taliban fighters posing with sophisticated American weaponry. The stolen military gear, weapons and vehicles are estimated to be worth in excess of €15billion.

The Taliban has sent out warnings that there will be “consequences” for any foreign troops who remain in Afghanistan past this date.