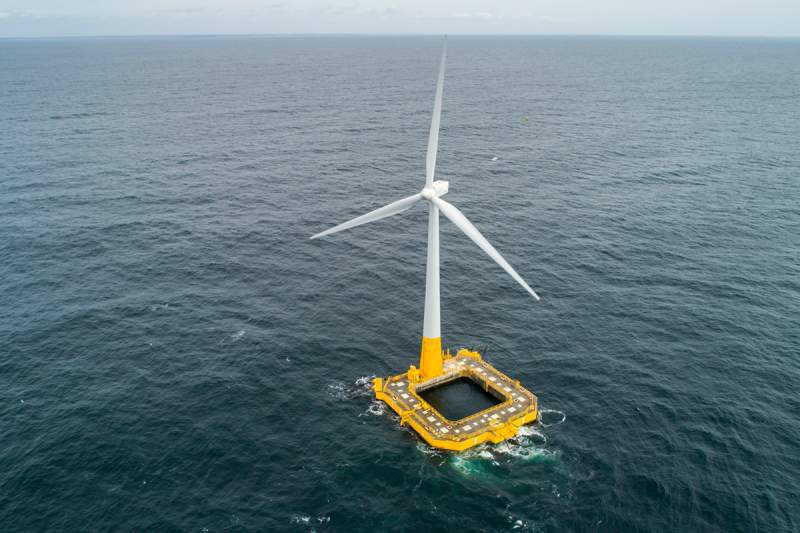 With the consultation for its Offshore Wind Roadmap, the Spanish Ministry for the Ecological Transition and the Demographic Challenge (MITECO) is doubling down on its offshore wind ambitions. The draft Roadmap proposes a target of up to 3 GW of offshore wind in Spain by 2030. To make this a reality, it earmarks at least €200 m for research and development in offshore wind technologies.

Spain now has 27 GW of wind energy capacity. That is the second most in Europe, right after Germany. More than 21,000 wind turbines across the country are generating 22 per cent of Spain’s total electricity consumption. The wind industry has become a key industry in enabling Spain’s green recovery from the Covid-19 pandemic. Some 30,000 Spaniards work in wind energy. Most of them in onshore wind, as onshore wind is 99 per cent of Spain’s wind energy installations so far.

The country is yet to start commercial offshore wind development. Offshore wind activities in Spain have so far been limited to pilot projects. The Canary Islands currently host the only Spanish offshore wind turbine. SAITEC and RWE recently completed the installation of the BlueSATH prototype off Santander. In 2019 Enerocean tested the Wind2Power prototype, a pioneering 2-turbine floating platform design, in the PLOCAN test site (Canary Islands) for a year. The PivotBuoy technology developed by a consortium led by X1 Wind will be tested off the Canary Islands and the 2 MW floating DemoSATH project off the coast of Bilbao is in the pipeline for 2022.

“Spain’s offshore wind industry is about to take off which is great news for its economy. Spain can build on the track record of its globally leading wind industry and its dynamic shipbuilding and maritime sectors. Spain’s innovative start-ups in the rapidly expanding floating wind sector are another huge asset,” said Pierre Tardieu, WindEurope Chief Policy Officer.

“Now Spain needs a solid project pipeline to scale up offshore wind and the right revenue stabilisation mechanism to drive deployment. The Contract-for-Difference model has proven its benefits in the UK, Denmark and elsewhere. It is cheap for Governments and electricity consumers. Governments do not only pay out, they also get paid back”, Tardieu added.

But offshore wind will not be limited to the Canary Islands. Spain’s Maritime Spatial Plan, to be approved by the end of 2021, allocates nearly 8,000 km2 of sea space for potential offshore wind use. It identifies five regions for potential development: Nordatántica and Sudatántica (Atlantic Ocean), Estrecho y Alborán and Levantino-Balear (Mediterranean) and Canaria (around the Canary Islands).

In theory these zones could host up to 24 GW of wind energy. But wind energy development is not the only future use of these zones. Other activities such as defence, shipping, research, extraction, fishing and aquacultures or environmental protection will also take place in the allocated 8,000 km2 of sea space. Spain can draw lessons from other EU countries in establishing a happy coexistence between offshore wind and these other uses of the sea. Certain forms of fishing and aquacultures for example can take place inside and around wind farms.

The final Offshore Wind Roadmap will have to define the role and responsibility of transmission system operators in the grid integration of offshore wind. In principle Red Electrica de Espana, the national grid operator, should plan the transport of this electricity. But the draft Offshore Wind Roadmap does not sufficiently explain how offshore wind planning will be linked to the periodic national grid development plans. Other doubts remain around the capacity of Spain’s ports to deliver the planned expansion of offshore wind.