Almeria police arrest suspect over motorway murder of a man 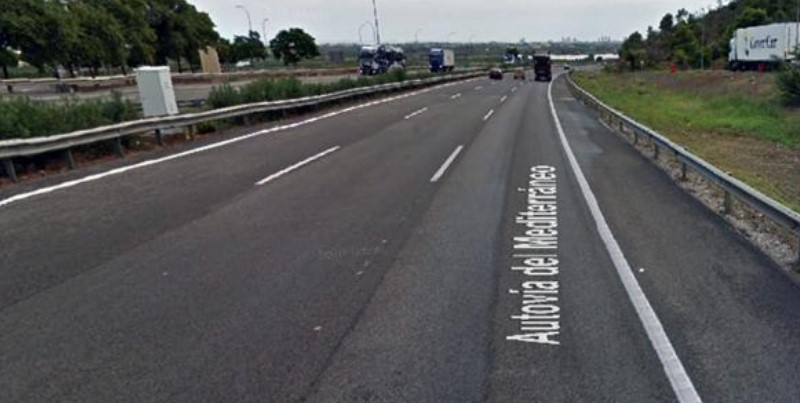 National Police officers in Almeria province have arrested a 33-year-old man, accused of a crime of murder, who was identified as the alleged perpetrator of the fatal beating suffered by another 40-year-old man, who was reportedly the uncle of the detainee’s sentimental partner.

The incident occurred at around 8.10pm last Saturday evening (August 21), at Km466 of the A-7 motorway at the El Toyo-Cabo de Gata exit, where the road passes through the municipality of Almeria.

According to the police investigation, the victim and the alleged perpetrator, along with his partner, had spent the entire night, from Friday to Saturday, in a bar in San Isidro, in Nijar, and apparently the deceased had reproached his in-law nephew for “spending a lot of money on the slot machines”.

At around 7pm, they reportedly dropped the deceased’s niece off at his mother’s house, then went back out in the car again, with the incident happening one hour later as the two men were alone in the car, taking place on the hard shoulder of the A-7 motorway, as reported by several witnesses who were driving by at the time, and alerted the 112 emergency services Andalucia.

Witnesses reported seeing a male punching and kicking another male, especially on the head, with the aggressor then taking off in the vehicle, leaving the other man’s body lying motionless on the floor at the side of the road.

Upon returning to his mother’s house to collect his partner, when questioned about his blood-stained clothing, the detainee claimed his uncle had hit him, while at the same time, emergency services had taken his uncle to the Torrecardenas University Hospital, where he was admitted in critical condition, finally dying from his injuries there at the hospital.

Police officers had finally located the detainee’s vehicle in Plaza Mula de Almeria, in Barrio Alto, after establishing a surveillance operation in the vicinity, which ended with the arrest of the alleged perpetrator, who on the morning of Wednesday, August 25, has gone to court accused of a crime of murder, as reported by 20minutos.es.