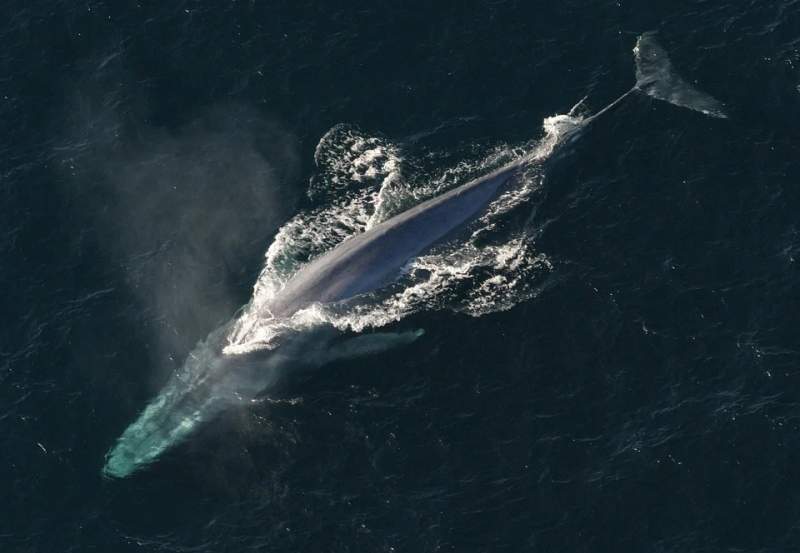 After an almost 40-year absence blue whales are said to be returning to Spain’s Atlantic coast, something that is a welcome sight for many. The first whale was spotted in 2017 off the coast of Galicia by marine biologist Bruno Diaz. Bruno leads the Bottlenose Dolphin Research Institute in O Grove, in Spain’s Galicia.

The next was spotted in 2018 and in 2020 both of those previously spotted returned. Only a week ago though, a new blue whale was sighted near O Grove, off the Islas Cies.

Speaking of the return Bruno said: “I believe the moratorium on whaling has been a key factor.

“In the 1970s, just before the ban was introduced, an entire generation of blue whales disappeared. Now, more than 40 years later, we’re seeing the return of the descendants of the few that survived.”

Whaling in Spain was not banned until 1986, but sadly at this point the blue whale was nearly extinct in the area.

Speaking to La Voz de Galicia, Alfredo Lopez, a marine biologist at a Galician NGO said: “I’m pessimistic because there’s a high possibility that climate change is having a major impact on the blue whale’s habitat.

“Firstly, because they never venture south of the equator, and if global warming pushes this line north, their habitat will be reduced. And secondly, if it means the food they normally eat is disappearing, then what we’re seeing is dramatic and not something to celebrate.”

Bruno believes there is another reason for the return and said that they may be homesick. “In recent years it’s been discovered that the blue whale’s migration is driven by memory, not by environmental conditions,” he said.

“This year there hasn’t been a notable increase in plankton, but here they are. Experiences are retained in the collective memory and drive the species to return.”