Sea snakes ‘attacking’ divers are just trying to get laid 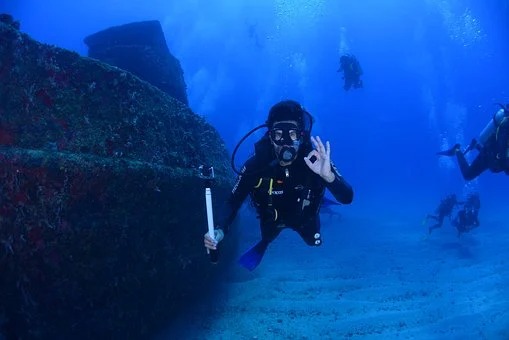 Sea snakes ‘attacking’ divers are just trying to get laid, according to scientists.

For some time now divers have known that they could be attacked by sea snakes, but the reason behind this has been published in a new scientific study. The study was published only days ago in Scientific Reports.

When divers are attacked by sea snakes they can go into a panic but the best thing to do is stay calm. Scientists have reviewed data on attacks by sea snakes and noted various things that led them to the revelation that the snakes just looking to get “friendly” and that they were actually looking for sex.

Researchers discovered that many of the attacks by sea snakes occurred during breeding season and involved male snakes. The attacks tended to occur while the snakes were either involved in courting rituals or while fighting a rival male.

Speaking to the New York Times, the study co-author and herpetologist, Rick Shine of Australia’s Macquarie University said: “In fact, it’s just a lovesick boy looking for a girlfriend and making a rather foolish mistake”.

Speaking to the Australian Broadcasting Corp, study co-author, Ross Alford, from Australia’s James Cook University explained how snakes do not have good vision and that their attacks were actually their attempts to find out if they were near a suitable mate.

“They just go, ’Hey, there’s a big thing over there. I’ll just go check if it’s a female snake,’” he said. As soon as the snake realises that the diver is not in fact a suitable mate, the snake will tend to leave the diver alone.

After an almost 40-year absence blue whales are said to be returning to Spain’s Atlantic coast, something that is a welcome sight for many. The first whale was spotted in 2017 of the coast of Galicia by marine biologist Bruno Diaz. Bruno leads the Bottlenose Dolphin Research Institute in O Grove, in Spain’s Galicia.

The next was spotted in 2018 and in 2020 both of those previously spotted returned. Only a week ago though, a new blue whale was cited near O Grove, off the Islas Cies.