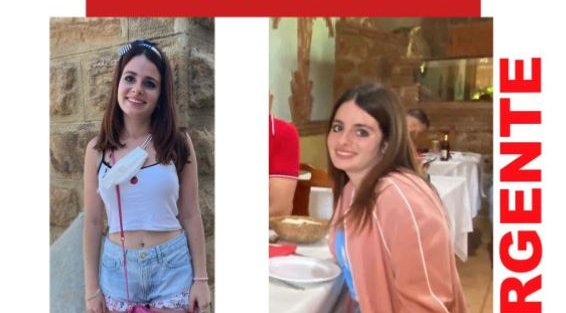 Search for missing 19-year-old girl in Spain’s Malaga.  Carmen Rojas Chavez went missing on Wednesday and is from the Malaga town of Alozaina.
The 19-year-old went missing on Wednesday, August 25, and the town council have taken to social media to issue an alert regarding the young woman’s disappearance. They have asked everybody to share the alert.
As reported Cadena Ser, “Carmen is 1.53 metres tall and weighs 43 kilograms. She has a slim build, brown hair and black eyes. She was wearing denim shorts, a denim top and was carrying a pink leather backpack when she was last seen.”
Carmen was last sighted at around 3 PM on Wednesday afternoon and her family have no clue as to where she could be. Her family have explained that before she went missing nothing happened that would have provoked her disappearance.
The message issued by the town hall of Alozaina, includes two photos of the missing girl and also includes numerous phone numbers to call if anyone has any information regarding her disappearance. People can call 962, or the 112 emergency number. Phone numbers have also been provided for the girl’s family.
Parents Antonio and Estrella are understandably desperate to find their missing daughter.
https://twitter.com/aytoalozaina/status/1430628100535107588
In other Spanish news, tragedy as lifeless body of a minor discovered in the Peñiscola collapse in Spain.
Sadly, on the morning of Thursday, August 26, the body of lifeless minor was discovered at 7:43 AM. The body was discovered in the rubble of the building which had collapsed on Wednesday afternoon in Peñiscola, according to the Emergency Services of the Valencian Community.
A rescue mission is underway to help others who have been caught up in the shocking collapse. Three people were feared missing after the incident and the minor is the second person to have been recovered from the rubble.