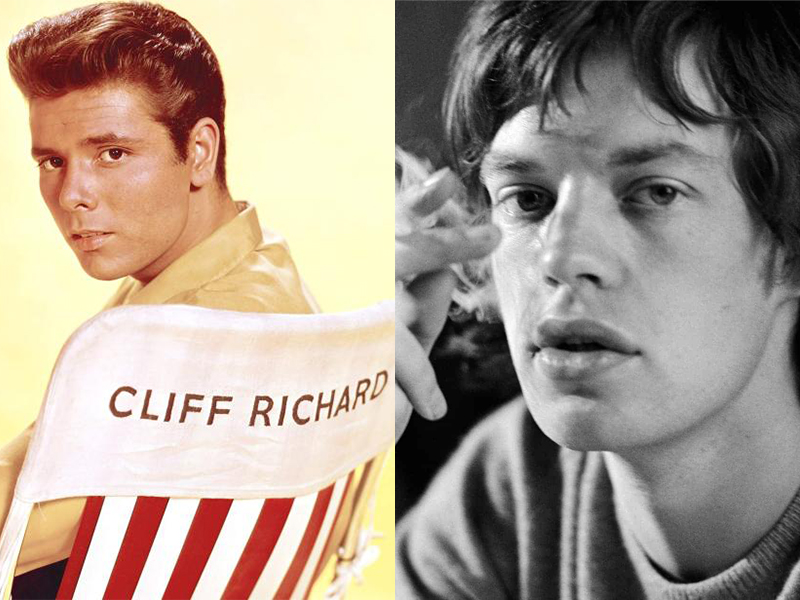 The Rolling Stones and Cliff Richard - Symbols of the Sixties

Anybody living in London under 70 years old doesn’t know what they were missing. They may have many years ahead of them, but what will be the quality of those years?

What the under-70s missed is life in the 1960s. To have been young in this special decade was to have experienced life with a bright future. Admittedly, they were years of excesses and hedonism, but there was freedom and humour. Many people enjoyed a new prosperity as the deprivations of the post-war years were over and there was full employment.

However, the innocence of the ‘50s was lost forever, as the rock age born, of the late ‘50s with free love, heavy drinking and the increasing use of drugs, began to take over. There was no nanny state; we fended for ourselves.

The ‘60s started with the cha-cha and the baby-doll dress and in 1962 the young Rolling Stones emerged. Jiving to the traditional jazz bands of Humphrey Lyttleton and Chris Barber was a highly stimulating alternative to the fox-trot. Girls in pubs drank ‘Babycham’ or port-and-lemon, normally escorted by male company; men drank real ale or malt whiskies.

Many towns had a 16th century inn and every village still had a traditional country pub. There was a plethora of enjoyable films, as varied as ‘Dr No’, ‘Dr Strangelove’, and ‘Doctor Doolittle’.  And even better ones such as ‘Doctor Zhivago’.

Carnaby Street represented ‘Swinging London’. Lifestyle everywhere was influenced by its fashions for the young and the famous. Appreciative wolf-whistles were either accepted with a blush or a smile or ignored with no problem. Girls were elegant and feminine and liked to be complimented – all in good humour.

In London, Otto Klemperer had elevated his Philharmonia to one of the world’s three great classical orchestras. Bill Haley had paved the way for the Rolling Stones. There were Jim Reeves, Cliff Richard and Elvis. On the literary scene we had Grahame Greene, J G Ballard and an internationally respected national broadsheet.

Football fans were generally amicable while cricket boundaries were greeted with restrained applause. There were Beatniks but few urban terrorists. Alcohol-fuelled vandalism rather than drug-crazed street-murders.

It was a relaxed era, because Londoners had a sense of humour. The term ‘politically correct’ was not used. Some comedians were outrageous, none more so than Peter Cook and Dudley Moore, but they were hilariously funny and only the most sensitive got hurt.

Because we socialised, often in pubs, we had no need of mobile phones, computers or internet.  Cars, cameras and televisions did not have many of the features we take for granted today.