WATCH: Car stolen in less than 60 seconds in Sevilla 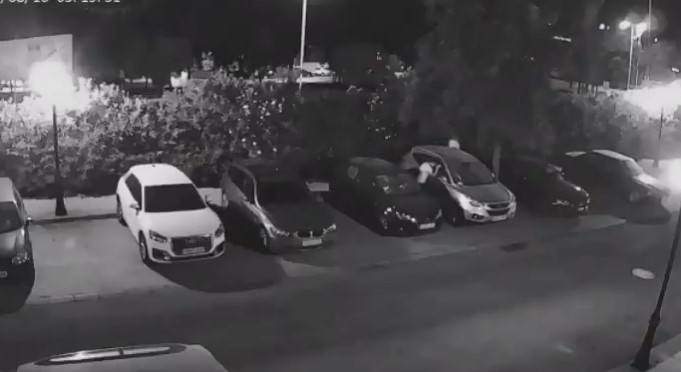 WATCH: Professional car thieves can identify and steal a car in less than 60 seconds, as this video footage in the Sevillian municipality of Bormujos proves

According to the General Directorate of Traffic (DGT), Andalucia is one of the three main areas of Spain where there are the most car thefts, and in particular, Sevilla, with 88 per cent of the 35,000 vehicle thefts in Spain last year, occurring in the three major cities of Madrid, Barcelona, and Sevilla.

Melilla is reported to be the most likely destination for most of the stolen cars, due to its strategic location for exporting the vehicles outside of Spain, but in second place, appears Sevilla, and in particular, the Dos Hermanas district.

Data from the Ministry of the Interior shows that there are an average of 96 vehicle thefts in the country every day, with summer being the season with the most activity, for obvious reasons, when the heat tends to make drivers let their guard down somehow, with professional car thieves fully aware of this and always on the lookout for an easy target.

No matter how many thousands of traffic cops, or radars and cameras the DGT deploy on Spanish roads, this will not really prevent a lot of car theft, and so the DGT has urged drivers to stay aware of this, as car thieves need under a minute in most cases to get into a vehicle and drive it away, as you can witness in the video below, where thieves steal a car in Bormujos, Sevilla, in less than 60 seconds.

This video published by @SocialDrive_es shows two people roaming around a row of cars, testing until they manage to access the interior of one of them – a high-end Audi with a Swiss license plate – and start it in less than 30 seconds.

This brand of vehicle is reportedly one of the most often stolen, along with the Seat Ibiza, the Volkswagen Golf, the BMW X5, and the Toyota Land Cruiser, models coveted by thieves for their value, plus the ease of selling them, both in as a whole as in pieces, as reported by malagahoy.es.