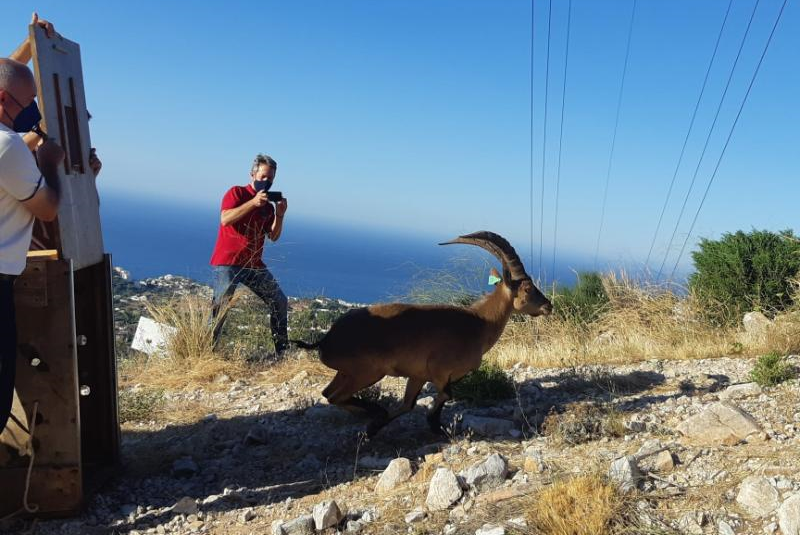 Time to catch up with a round up of recent news in brief from the Costa del Sol put together by Euro Weekly News.
Goatsta de Sol
ONE of the roles undertaken by the Benalmadena Environment Department is to look after the welfare of wild mountain goats (Capra pyrenaica) which inhabit the Sierra Benalmadense. So far this year, four goats have been treated for various illnesses before being released back into the wild.
New lights
WITH financial assistance from European Union funds, Fuengirola Council plans to replace 1,049 traditional lamps with LED illumination along 16 major roads in the municipality. Not only will this action give stronger lighting but it should reduce the electric bill by around 40 per cent.
Sardines
IF you like sardines then the place to be this Saturday August 28 is the Oasis Playa in Costa Lago Torremolinos which is hosting the VII Espetos Contest from noon with workshops during the day and the contest starting at 7pm with prizes awarded at 9.30pm.
Dressage event
A YOUNG rider from Mijas, Alejandro Sánchez del Barco is in Verden Germany, representing Spain in the World Dressage Championship for young horses taking two mounts, Trapalo de Indalo and Cuadrigo de Nadales who had to be driven overland at night to ensure their health.
Better service
WITH plenty of money available from electricity price hikes, Endesa has completed the construction of a new substation in Manilva at a cost of more than €5 million which means that it will be able to provide a more reliable service for around 20,000 customers.
Employment grant
GRANTS of up to €11,000 are available via the Diputación de Malaga for companies and freelancers who take on unemployed people who are resident in Malaga Province for a minimum period of six months in either full or part time positions.
Helping Beirut
FIREFIGHTERS in Marbella have announced plans to send food and clothing to Lebanon and have also indicated that they are happy to assist in training firefighters in that country.  Some five tons of food is ready for shipment to Beirut and officers intend to spend a week there undertaking training.
Wanted man
THANKS to the diligence of an eagle-eyed off-duty Dutch police officer who was on holiday in Torremolinos, officers of the Local Police have arrested a 24-year-old man who he recognised whilst having a drink in the same bar as a wanted fugitive from the Netherlands.
Estepona challenge
ESTEPONA Council has decided that in order to set itself a challenge for the future it would report its carbon footprint to the Ministry for Ecological Transition and Demographic so that it may measure the effects of its policies aimed at cutting down its environmental waste and general pollution.
Thank you for reading ‘A round up of recent news in brief from the Costa del Sol’ and remember that all articles produced by Euro Weekly News may be accessed free of charge.