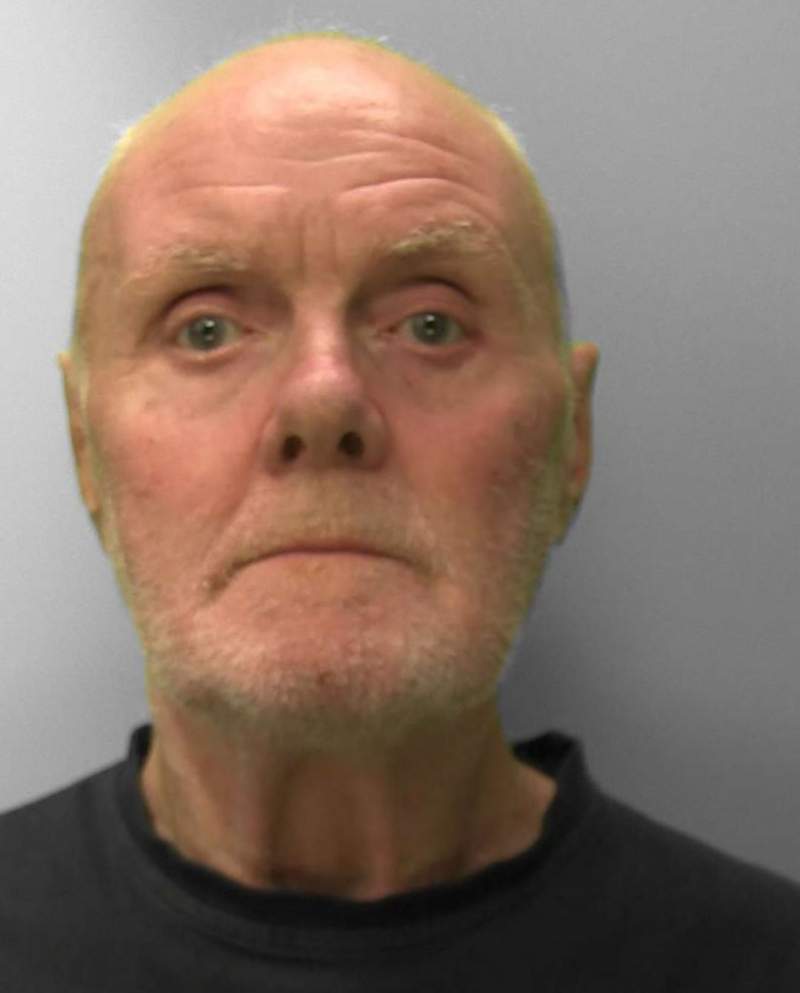 Police shared a picture of the ransom note on Twitter.

If you look hard enough at the picture above, you can read: “Your screen won’t stop what I’ve got, just hand over the 10s and the 20s. Think about the other customers.”

Later that same month, Slattery made off with 2,400 British pounds- €2,034 from a Nationwide branch in his home town St. Leonards. He tried another robbery at a NatWest branch in Hastings in April, but that time left without any money.

Police later identified Slattery from bank security footage and arrested him near his home, this is their report:

Around 2.50 pm on March 26, Slattery entered the Nationwide Building Society branch in London Road, St Leonards. He handed a threatening note over to the cashier who, in fear for her safety, handed over £2,400 in cash. Slattery did not say anything but left with the money.

Police attended and viewed CCTV from the bank and surrounding businesses, which showed Slattery boarding a bus moments after the robbery. Enquiries with the bus company identified Slattery from the picture on his bus pass, which matched that as the person seen in the bank’s CCTV.

As enquiries were ongoing to trace Slattery, police received a call from the NatWest bank in Havelock Road, Hastings, around 1.20 pm on April 1. Staff at the bank reported a man entering the branch and handing over a threatening note demanding money. The cashier challenged the man, who then left empty-handed.

Upon receiving this report, officers attended the last known address for Slattery and identified him walking in the vicinity. He was arrested on suspicion of robbery and two counts of attempted robbery.

A search of his address found some sticky labels identical to the label that had been handed to staff at NatWest bank, and a jacket that matched that of the man seen in CCTV from NatWest.

Slattery pleaded guilty to all three offences and was given a six-year extended sentence, comprising of four years in custody and two years on licence.

Investigating officer, Detective Constable Jay Fair, said: “These incidents caused fear and distress to both the employees working in the banks and to the wider public.

“I’d like to thank all the victims and witnesses who supported our investigation, and I’m pleased to see the severity of the offences reflected in the sentence handed out by the court.”