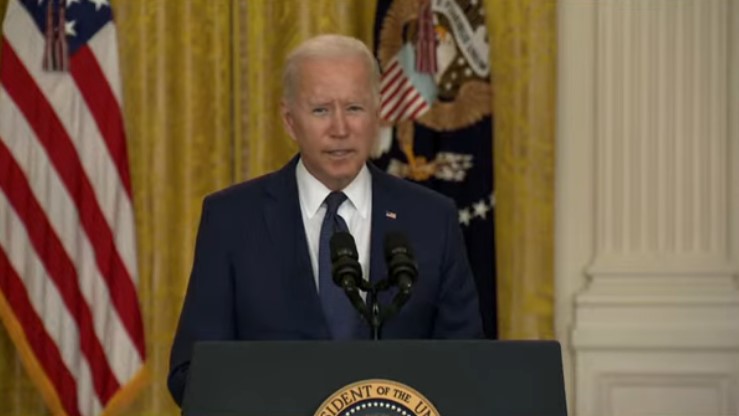 Joe Biden sends ISIS-K leaders a strong message, saying that the US will hunt them down “When we want and wherever”

US President Joe Biden delivered a speech to the nation on the evening of Thursday, August 26, after the double attack outside Kabul airport which has left 12 US soldiers dead and 15 others injured, among the more than 60 killed and more than 140 reported injured.

It was the first time that the president had spoken publicly about the attack, the first deadly attack suffered by US troops in Afghanistan since February 2020, and the attack occurred five days before the date set by Biden himself for the end of the mission of evacuation and withdrawal of troops from Afghanistan, on August 31.

The president has cancelled his entire agenda scheduled for today, which included a meeting with Israeli Prime Minister Naftali Benet, postponed until tomorrow, Friday, as he spent the day closely following the events in Afghanistan, and meeting with his advisers.

In his press conference, this is what Joe Biden has to say:

“The terrorists have attacked as we had mentioned that we were concerned, and that the international community had warned. The attack is by the ISIS-K group, and has killed the military on guard at the airport and injured a number of civilians. Civilians have also died”.

“I have been in constant contact with the military in the Pentagon and Afghanistan. The soldiers who have given their lives are heroes who were on a mission to save the lives of others. They were part of an evacuation effort like no other in history, with more than 100,000 American partners”.

“Both Jill and I are so sorry. We feel outraged and hurt. As the father of someone who has served in the military, when my son returned after a year in Iraq, he was diagnosed with brain cancer and we lost him. Like many of you, we have an idea of ​​what the families of these brave men who have lost their lives feel”.

“I have instructed the military and I have told them that they need what they need I will give it to them. If you need more troops, I’ll give them to you. It was not a mistake to cooperate with the Taliban. We are in a situation where the Afghan military collapsed in 11 days. The priority is that ISIS-K does not get bigger. It is our interest to leave the country on the indicated date”.

“I am responsible for everything that has happened. You know as I do that the previous president made an agreement with the Taliban to remove all troops from Afghanistan. This was a year ago, and in return, they promised that the Taliban would attack others but not US forces. I think there is a problem. There have been some injured, others have died and the reason why there have been no attacks on Americans so far was because there was an agreement with Trump to leave before May 1, and that is why no Americans were attacked until now”, as reported by cadenaser.com.