Pen Farthing and his rescue dogs WILL board evacuation jet 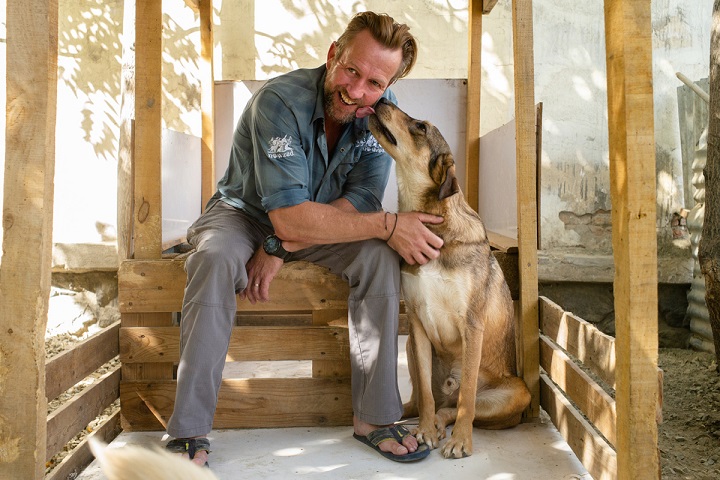 Pen Farthing and his rescue dogs WILL board an evacuation jet after being plucked to safety by British troops at Kabul airport.

FORMER commando turned animal activist Paul ‘Pen’ Farthing and his dogs are due to be rescued and evacuated from Afghanistan after Kabul airport was sealed off today, Friday, August 27, by the Taliban, according to a report by The Sun.

The ex British Army Commando, who has been battling to evacuate his staff and almost 200 rescue animals, was forced to turn away from an evacuation flight on Thursday this week.

It happened as a suicide bomber detonated his device at Kabul airport – killing at least 170 and leaving scores injured.

“All hell broke loose at the airport circle which is where I was, which is probably about a mile from the explosions across at the Abbey Gate and we had Taliban there firing into the air,”

One let off a full magazine on automatic from his AK-47 right next to the window of our bus where we had women and children in.

And as we were trying to then flee from the airport we were getting tear-gassed so we were obviously trying to drive the vehicle when we can’t see anything. It was just the most horrific thing,” Mr Farthing, who founded the Nowzad shelter, told the BBC.

However, the Ministry of Defence has now tweeted the ex-commando and his team are being “assisted through Kabul airport” and their charter flight to the UK had been cleared following the agreement of Defence Secretary Ben Wallace.

Farthing’s animal clinic and sanctuary trained Afghanistan’s first fully-qualified female vets, and he is fearing for their future. It looks after over 140 dogs and 40 cats and has reunited 1,600 soldiers with the dogs and cats they rescued and bonded with while serving in Afghanistan.

“I don’t think there are words to describe what they are feeling right now,” he told BBC News from Kabul.