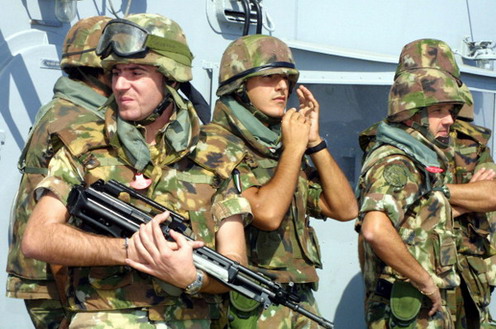 Spanish Military deployed in Afghanistan all accounted for after explosion by Kabul airport.

The Spanish military deployed in Afghanistan have all been accounted for and are safe after the explosions in the vicinity of the Kabul airport, according to sources from the Ministry of Defense.

The first explosion happened at about 18:00 local time (13:30 GMT), close to the Baron Hotel, near the airport’s perimeter. The hotel was being used by British officials to process Afghans hoping to travel to the UK.

Two blasts and gunfire rocked the area outside the airport on Thursday, August 26 evening, witnesses said. Video shot by Afghan journalists showed dozens of bodies strewn around a canal on the edge of the airport.

A health official and a Taliban official said the toll of Afghans killed had risen to 72, including 28 Taliban members. The U.S. military said 13 of its service members had been killed.

In total, some 143 people, including 18 US personnel, were injured in the attack, which came 12 days into an effort to evacuate thousands of people – foreign citizens and Afghans – from Kabul.

Islamic State (ISIS), an enemy of the Taliban as well as the West, said one of its suicide bombers targeted “translators and collaborators with the American army”. U.S. officials also blamed the group and vowed retribution.

President Biden is considering sending US troops back to Afghanistan after the attack and pledges revenge for the deaths of the American military killings.

Speaking from the White House on Thursday evening, Mr Biden said he had asked for plans to strike back at ISIS-K, the Islamic State affiliate believed to have been responsible for the attacks.