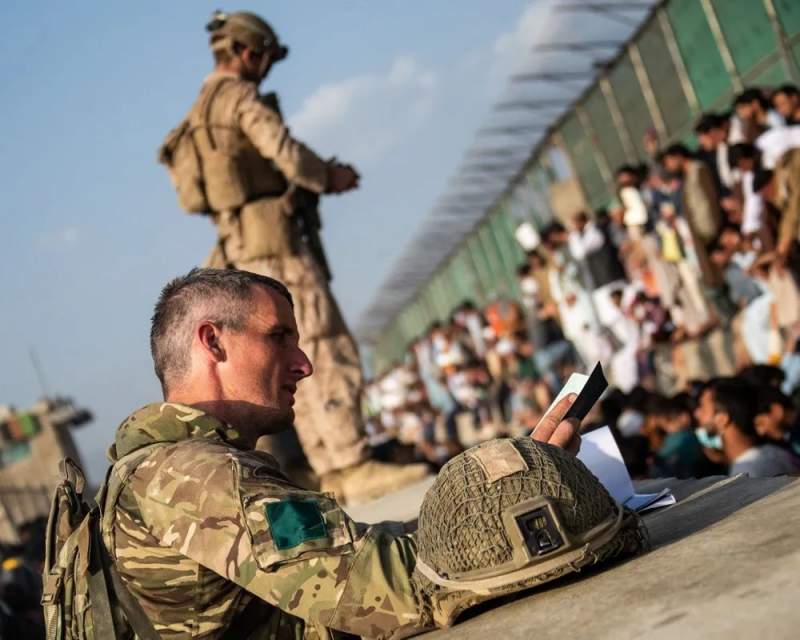 UK rescues three families ‘in danger’ after their contact details were left at the Kabul embassy over worries the rebels could find them.

Britain has managed to rescue three Afghan families whose contact details had been listed in documents left behind by staff at its embassy in Kabul and seized by the Taliban, the Foreign Office said.

British Foreign Office workers had left documents with the contact details of Afghans working for them scattered on the ground at the embassy compound in Kabul, according to a report from the Times newspaper.

The UK’s foreign affairs select committee is set to launch an inquiry into the matter.

The documents identifying seven Afghans were found by reporters on Tuesday as Taliban fighters patrolled the embassy, the newspaper said. It said it handed the details of three Afghan staff and their eight family members to the Foreign Office.

“Phone calls to the numbers on the documents revealed that some Afghan employees and their families remained stranded on the wrong side of the airport perimeter wall days after their details were left in the dirt in the haste of the embassy’s evacuation on August 15.

“The documents included the name and address of a leading member of the embassy staff in Kabul, other staff members and their contact details and the CVs and addresses of applicants for jobs as interpreters,” says the report from The Times.

“Crucially we have now been able to get these three families to safety,” a Foreign Office spokesperson told Reuters. “The drawdown of our Embassy was done at pace as the situation in Kabul deteriorated. Every effort was made to destroy sensitive material.

“The Foreign Office appeared to have lost these staff, and their evacuation only occurred after their details were passed on by The Times,” the newspaper said.

THE gates at Kabul airport have been sealed and nobody else will be called for evacuation, Defence Secretary Ben Wallace confirmed today, Friday, August 27.

The remaining hours of the airlifts will focus on Brits and Afghans already processed and waiting inside the airfield.