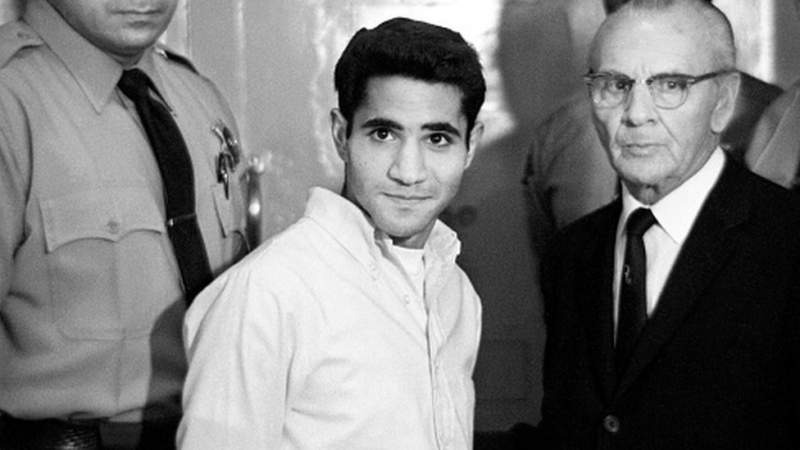 U.S. Senator Robert F. Kennedy’s assassin, Sirhan Sirhan, has been granted parole after two of RFK’s sons spoke in favour of his release and prosecutors declined to argue he should be kept behind bars.

The decision was hailed as a major victory for the 77-year-old prisoner, though it does not assure his release into the general population just yet.

The ruling by the two-person panel at Sirhan’s 16th parole hearing still has to be reviewed by the California Parole Board’s staff, after which it will be sent to the governor, who will have 30 days to decide whether to grant it, reverse it or modify it.

Douglas Kennedy, who was a toddler when his father was gunned down in 1968, said he was moved to tears by Sirhan’s remorse and he should be released if he’s not a threat to others.

“I’m overwhelmed just by being able to view Mr Sirhan face to face,” he said. “I think I’ve lived my life both in fear of him and his name in one way or another. And I am grateful today to see him as a human being worthy of compassion and love.”

The New York senator and brother of President John F. Kennedy was a Democratic presidential candidate when he was gunned down on June 6, 1968, at the Ambassador Hotel in Los Angeles moments after delivering a victory speech in the pivotal California primary.

Sirhan, who was convicted of first-degree murder, has said he doesn’t remember the killing.

His lawyer, Angela Berry, argued that the board should base its decision on who Sirhan is today.