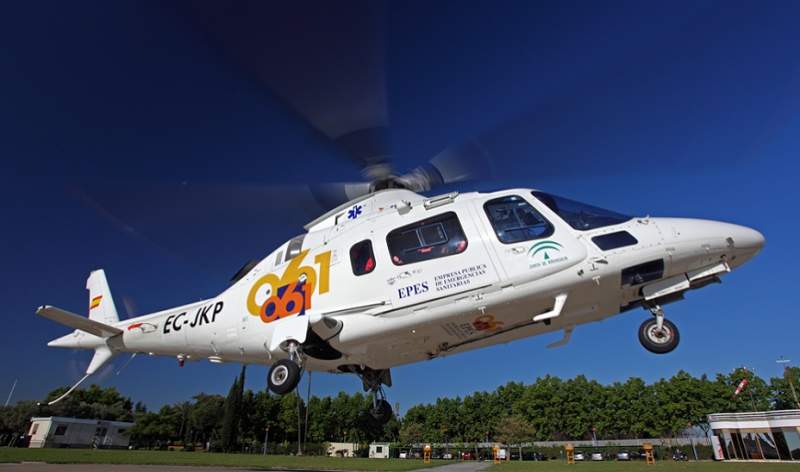 Glass mishap A 26-YEAR-OLD man was seriously hurt after a pallet loaded with glass fell on him at a factory on an industrial estate in Fines. Firefighters, the Policia Local and an ambulance soon reached the scene but he was transferred to hospital by helicopter owing to his severe injuries.

Much safer THE Diputacion provincial council carried out emergency work in Canjayar, reinforcing a retaining wall at the entrance to the town.  Cracks in the masonry caused by soil instability, and a leaking water pipe damaged by the roots of nearby trees endangered both traffic and pedestrians, the Diputacion explained.

Fair fright A GROUP of people visiting the Almeria City’s fairground spent 15 minutes stuck at the top of the tallest attraction.  Operatives, who had to climb halfway to the top, were finally able to repair the ride, while Proteccion Civil volunteers were on hand to cope with any eventuality.

Sexist attack A GARRUCHA man of 50 was remanded after allegedly throwing an inflammable liquid in the face of his ex-partner who, according to well-informed sources, had reported him on previous occasions but withdrew the accusations.  She is now recovering from her injuries in Granada’s Virgen de las Nieves hospital.

Bike lane ALMERIA city hall will back a proposed cycle lane linking Cabo de Gata and Retamar, put forward by the PSOE party.  The ALM-3115 road is much-used by cyclists in the summer but also dangerous, the Podemos party said, preferring improvements to the unpaved Cabo de Gata-Retamar coastal path.

Care needed RESIDENTS and environmentalists protested recently in Vera’s Salar de los Canos calling for better protection for the area.  Although it was officially included in Andalucia’s inventory of wetlands in May this year, the protesters maintained that it is still threatened by development and pollution produced by “uncontrolled spills.”

Old timer ISLETA DEL MORO did not organise its St Augustine fiestas owing to Covid restrictions, limiting celebrations to the traditional homage to the oldest resident.  This year the honour went to Francisco Alferez Hernandez, born in 1928, married to Angeles Fresnada and father to two daughters and a son.

So there! HOURS after a Roquetas man was fined for drink-driving he allegedly slashed 20 tyres belonging to Policia Local cars that were due to patrol during the Vuelta a España cycle race.  He was later spotted on CCTV footage with a screwdriver in his hand beside the parked vehicles.

Shorter wait ANDALUCIA’S Health department announced that those who have recovered from the coronavirus will now need to wait four weeks before receiving the anti-covid vaccine, instead of six months as previously required.  This will affect the 27,433 Almeria residents who contracted and recovered from the virus since last February.