Shooting in Salamanca Spain leaves one dead and another seriously injured 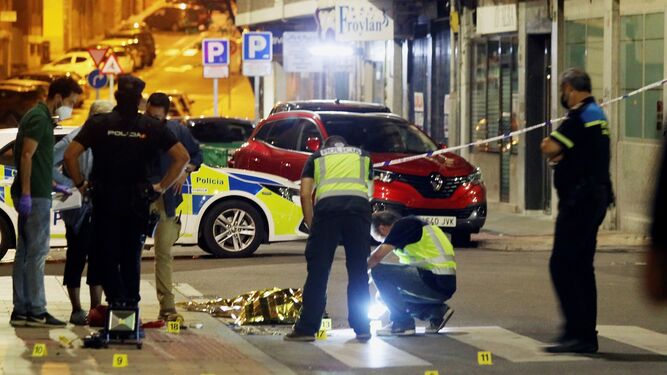 Shooting in Salamanca Spain leaves one man dead and a woman seriously injured.

A man has died and the 53-year-old woman, who was accompanying him, has suffered very serious injuries in a shooting that occurred early this morning on Isaac Peral Street, located in the Garrido neighbourhood of the Salamanca capital, no arrests have yet been made.

Sources close to the investigation said shots were heard at around 2.30 am in the morning today, Saturday, August 28, in the vicinity of the Plaza de Garrido- a densely populated neighbourhood situated northeast of the *Salamanca capital.

Eyewitnesses told the National Police, who are investigating the shooting, that a woman was seen near the Plaza de Garrido, accompanied by a man and, behind them was another man- seemingly following them.

Suddenly and without warning, witnesses say they heard two shots, which caused the man to fall to the ground- other shots were fired at the woman who also collapsed onto the pavement.

Several other witnesses also said in their statements that the alleged perpetrator of the shots was a single man who fired again at the two victims when they were both lying on the ground.

These facts can be corroborated, say investigators, by the significant number of bullet casings that have been found at the scene of the event.

As a result of the shots, the man, who according to various sources worked in a hospital in Avila, died immediately at the scene, while the woman was injured “extremely seriously.”

Health sources have confirmed that the woman remains admitted to the Intensive Care Unit of the Virgen de la Vega Hospital in Salamanca where she is being accompanied by members of her family while waiting to know the gravity of her injuries.

Sources have explained that she has several bullet holes in his head, in her back and in the lower part of her jaw, as well as bullet wounds in her hand that have caused significant damage.

At the moment, the investigators are trying to identify and locate the attacker and as yet have found no motive behind the shooting.

Officers from the Forensic Department, Judicial Police and the Judicial Commission are trying to study all possibilities about motives for the shooting, so no option is ruled out.

*Salamanca, located in northwestern Spain, is the capital of Salamanca province and is part of the Castile and León region.

As the case continues, please remember to check back for updates.