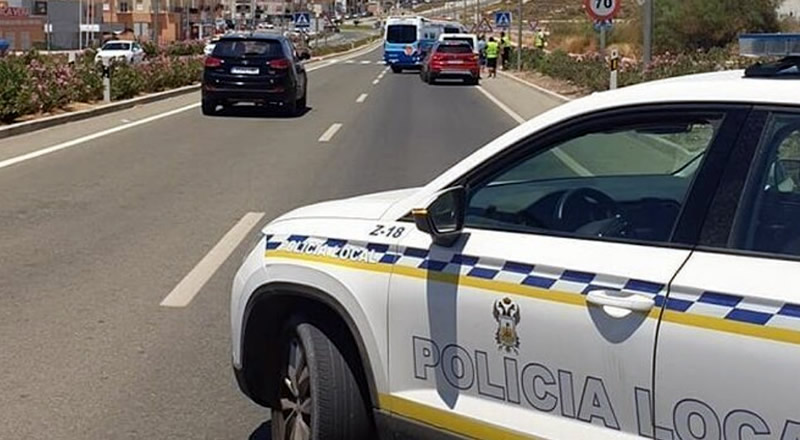 Almeria man who burned his ex-partner with acetone is sent to prison. image: policia local vera

A judge in the Court of First Instance and Instruction No1 of Vera last Friday, August 27, ordered the provisional imprisonment, without bail, of a 50-year old man who had been arrested for burning his ex-partner with acetone in the Almeria municipality of Vera.
The High Court of Justice of Andalusia (TSJA) reported that this order of temporary imprisonment was made at the request of the Prosecutor’s Office, who also asked that the court made the man subject to a restraining order against his victim, to not be allowed within 500 metres of them.
Initially, without prejudice to what is specified in the investigation phase, the man is attributed crimes of serious injury, threats, and breach of the restraining order he already had against the victim.
Local Police sources informed Efe that the man was arrested at around 3.30am on the morning of Wednesday, August 25, after they received communication from the Guardia Civil in Garrucha with details of the number plate and type of vehicle that the suspect was driving, as well as a photograph of it.
Although the man is a resident of Garrucha, he was finally located in the area of Vera Playa, where there was a “short chase”, although he did not put up any resistance when he was finally apprehended.
Maria Montagut, the programme advisor of the Andalusian Institute for Women (IAM) in Almeria, reported on Saturday, August 28, that IAM professionals are already offering the “specialised psychological support she needs at this time”, to the man’s ex-partner, who he allegedly burned with acetone last Wednesday, August 25, in Vera, Almeria.
Montagut condemned the “brutal macho aggression”, and reminded that it is “extremely important” to denounce and report all such cases of abuse to the authorities, as “there is a way out” of macho violence with the support of public resources aimed at the victims of this social scourge, as reported by diariodealmeria.es.