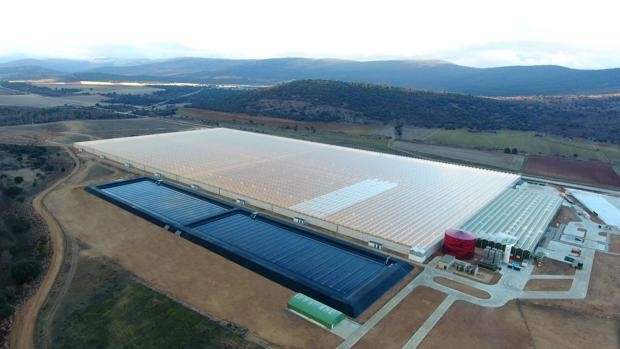 The municipality of Garray (Soria) in Spain could boast until recently that it hosted “the largest rose greenhouse in Europe.”

However, the company that owned it, Aleia Roses, went into liquidation, putting more than two hundred workers out of employment.

That was a year ago, but now, a new firm, Ondara, has acquired the entire company. Although at first, the new owners wanted to make roses compatible with other crops, between February and April this year it decided to uproot the rose bushes altogether to focus on “the new project”: medicinal cannabis.

In August 2021, the company got the go-ahead when it received a license from the Spanish Medicines Agency (AEMPS) to cultivate three hectares of land and produce medical cannabis.

Sara Lamata, spokesperson for in Spain, said they compete with only nine other companies that have also received the go-ahead to cultivate for medical or scientific purposes.

Full Moon, the American fund to which the company belongs, said that potential clients could be pharmacists that in Germany or the United Kingdom and if they do well, they will expand, but for now the remaining 11 hectares of the greenhouse will only receive cleaning and maintenance.

“Using all the space for cannabis cultivation could mean doubling all of Europe’s production,” said Lamata.

“Although there are very few people from the municipality working there”, Aleia’s drive is renewed with Ondara. People don’t care about the product, what really matters is the jobs. Garray was previously a benchmark in roses and now it will be in medicinal cannabis,” said The Mayor of Garray, María José Jiménez Las Heras.