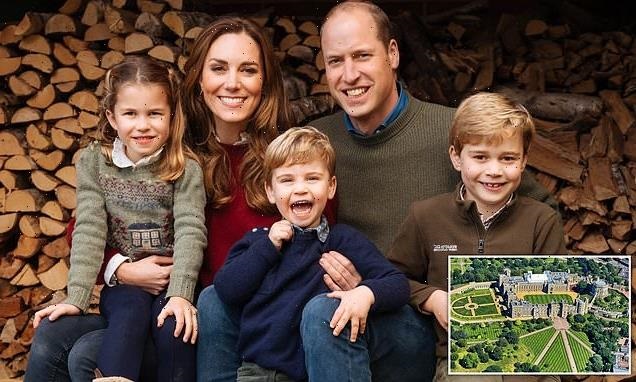 William and Kate are seriously considering moving closer to the Queen in a gesture of solidarity ahead of the ‘royal shake-up’.

Prince William and Kate Middleton are reported to be ‘seriously considering’ moving closer to the Queen at Windsor, positioning themselves to take on a more ‘senior role’ within The Firm.

The Royal couple are said to be contemplating moving to Windsor and if they do, will prepare to take on a more senior role at the heart of the Royal Family, writes MailOnline.

A source claimed to the paper that the Duke and Duchess of Cambridge have been “eyeing up” accommodation in the area suitable for their children, Prince George, Princess Charlotte, and Prince Louis.

Properties said to be under consideration include Fort Belvedere, a Grade II listed house where King Edward VIII (the Queen’s uncle) signed his abdication papers in 1936.

If the family did move west then could prove strategic as well as practical, as the monarchy starts to prepare for major changes expected in the years ahead.

The Cambridges split their time between their London base at Kensington Palace, where they also have their offices, and their country home of Anmer Hall in Norfolk- moving closer to the Queen would save time from their daily routines.

Sandringham Estate, where they live now, was a wedding gift from Her Majesty and following much refurbishment work, Kate and William made it their permanent home.

According to royal expert Katie Nicholl, the Duke and Duchess of Cambridge are beginning to take a more traditional approach to their holidays. The expert believes that this means they are prepping to become the future King and Queen.

Prince William and Catherine spent a week holidaying in the Isles of Scilly. This is the second year that they have chosen to remain in the UK during the summer rather than heading to a more exotic location, but this could still be due to the ongoing coronavirus pandemic.