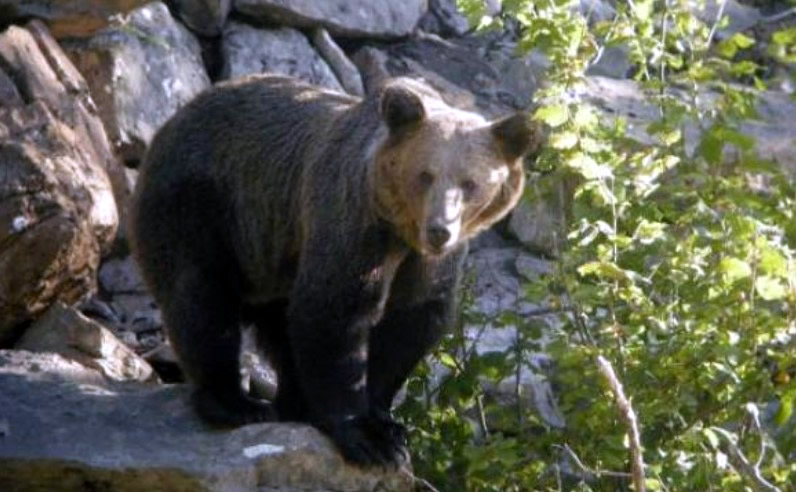 On May 30, 2021, a 75-year-old woman was seriously injured in a confrontation with a brown bear in southwestern Asturias, while walking on a country road, and now a report prepared by technicians from the Oso de Asturias Foundation and the Doñana Biological Station (CSIC) into the incident claims that the creature was simply reacting to the presence of a human being, and actually fled without engaging in any aggressive behaviour.

Their reasoning behind this is that facts prove it is the first incident of its kind in the Principality last 30 years, and only the eighth in the Cordillera Cantabrian in that whole period.

On the date in question, the report tells how the woman had been out walking on the narrow CN-8 country road, taking her usual walk before it got dark, and that at the time of the meeting with the bear, she was around 450 metres from her home town of Sonande, and 600 metres from the town of Sorrodiles.

As she was going up a small incline with abundant vegetation on either side, the animal entered the road, and the experts believe that the bear did not actually notice the presence of the woman, and that when he saw her it startled him and he hit her with his paw, causing her facial injuries, and a broken hip as a result of her falling.

They say the bear did not continue with any aggressive action against the woman, in fact, quite the opposite, as it fled back into the undergrowth, as witnessed by two other people who were walking on the same track about 60 metres from her, and the report concludes the bear’s behaviour was “extremely rare and exceptional”, caused by an unexpected and sudden encounter with a human.

Brown bears have been a protected species in Spain since 1973, with an estimated 300 populating the Cantabrian Mountains, and another fifty in the Pyrenees, but they continue to be in danger of extinction, as reported by 20minutos.es.