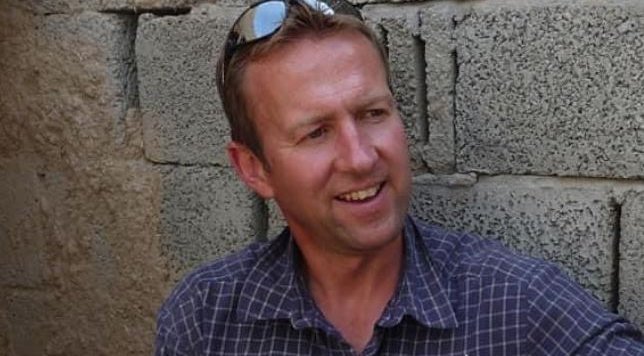 Pen Farthing apologises after his expletive-laden rant was leaked. Paul “Pen” Farthing managed to escaped from Afghanistan along with 74 cats and 94 dogs and he was safely evacuated to the UK.

The former Royal Marine has now spoken out on Good Morning Britain and explained how embarrassed he was over the language that he had used in the rant, that was leaked.

Speaking on Good Morning Britain Pen said: “I’m incredibly embarrassed about my language, I do apologise to everybody who’s listened to that.

“I was at the lowest point I could possibly be. I understand how the world works but emotions got the better of me, so for all those who had to listen to that I do apologise for my language.

“I should not have said it like that, but the sentiment, yes, I was just incredibly upset, angry, frustrated, it was the lowest point. I had no other option, I didn’t know what else to do.

“So that’s why you’ve probably heard some colourful language.”

During the recording which was leaked Pen said: “Get me out of Afghanistan with my staff and my animals. I served for 22 years in the Royal Marine Commandos. I am not taking this b*****ks from people like you who are blocking me.

“I just found out that is you blocking me getting this flight out of Afghanistan for my staff and the animals. So here’s the deal buddy. You either get me that f****** Isaf number and you get me permission to get on to that f****** airfield, or tomorrow morning I’m going to turn on you and the whole f****** country, and everybody else who’s invested in this rescue, is going to know it’s you, you, blocking this f****** move. Alright?

He had believed that there were “several empty seats”, but when he finally managed to leave Kabul he was only person evacuated.

Pen added: “I went around and they reassured me that they had enough capacity for all the people that needed to leave.

“So they assured me they had enough capacity for everybody who was inside the airport.”