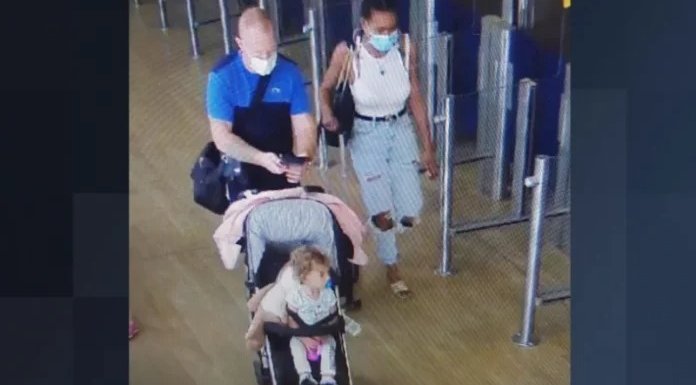 Two-year-old girl allegedly abducted and taken to Spain safely returns to UK, according to the police.

In a fortunate turn of events the two-year-old girl who was believed to have been abducted from Lancaster and taken to Spain’s Alicante, has been returned safely to the UK. According to Lancashire police the child was taken to Glasgow airport on Wednesday and boarded a plane heading for Alicante. She was said to have arrived in Spain later the same day.

Police are now able to confirm that Gracie-May was successfully collected by police officers on Sunday at Manchester airport.

Police have said that: “She has now been taken to a place of safety.”

The police confirmed that the young girl was met by police officers and was “in the company of a woman”.

So far a 35-year-old woman has been detained by police in connection with the disappearance of the toddler. Police have added that the woman “is not under arrest”. They have however said that the woman will be “voluntarily interviewed in due course”.

According to detectives they still want to speak to a 39-year-old man in connection with the alleged disappearance. So far the man has “not returned to the UK”.

In other Spanish news, Spain is set to have 70% of the population vaccinated in the coming week. The ongoing coronavirus pandemic has hit Spain hard but it looks like Spain this week will hit the target set out by Prime Minister Pedro Sanchez.

The milestone set out for Spain was that 70 per cent of the population will be fully vaccinated against the coronavirus pandemic “in the summer” or by the “end of August”, according to the Spanish Prime Minister.

Sanchez has always had this is an objective, which is in line with the EU. It is thought that having 70 per cent of the population fully vaccinated would be sufficiently high enough to help prevent the spread of the virus.