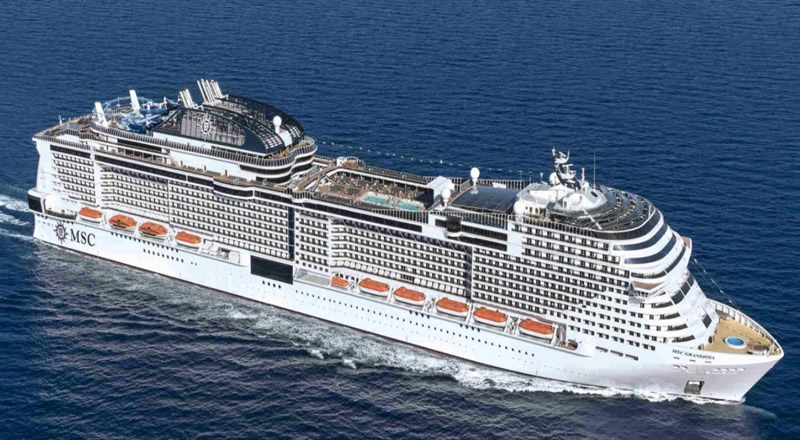 During mandatory coronavirus checks on passengers, two people tested positive on the cruise ship MSC Grandiosa when it docked in the Spanish port of Valencia this week, leading to the health protocol being activated.

One of those found to be positive is a 17-year-old minor called Julen, who has since been confined in a hotel in Valencia with his entire family, leading his mother, Charo, to claim, “It is a kidnapping”, after the family was told they must complete the 10 days quarantine, with other passengers claiming there was a serious lack of health measures on the ship, “A lot of hydroalcoholic gel, but little security”, said another passenger, 33-year-old Sergio Asensio.

Sergio continued to tell 20minutos.es of his experience on board the ship, affirming that before embarking he had asked officials from MSC about the capacity of the ship, as he did not want to risk endangering his family’s wellbeing, to which, he claims he was told that the maximum capacity would be 50 per cent, but as they waited at the port in Valencia, he realised that, “people began to enter, and people, and more people. More than what was already on the ship, and a number that increased when passengers joined at the rest of ports”.

MSC then confirmed to Sergio that this capacity was 75 per cent, he said, and when the 500 metre ship set sail for Italy, he witnessed, “Crowds of people without masks in the pool in the morning. More crowds at night when they turn the area into a disco. In the restaurants, the tables were barely four inches apart, the people without a mask, and everything at the top. And the part of the full buffet, with all the people crowded together wherever you went, you would find that”.

Perhaps the worst were the areas for young people between 12 and 17 years old, where up to 100 teenagers from different countries would get together, as Julen’s mother, Charo Lorenzo added, “There was a room to play the consoles in which a child was next to the other, some without a mask passed the controls without disinfecting, and there was no one to control it”, while Sergio pointed out, ” In those areas, there were more than 100 people between 16 and 20 years old, dancing, without a mask and without anyone controlling them”.

When he asked reception for a complaints form, Sergio says he was told they didn’t have any, as they were now at sea, and instead, offered him, “a normal sheet, with lines, saying that they don’t have the official ones because they are out at sea, and the law of Malta governs”.

As a result, Sergio has organised, along with other passengers, to denounce the MSC cruises, and there are reportedly already several individual complaints, but now, they are preparing to file two more joint lawsuits, after he disembarked in the port of Valencia and went directly to the Guardia Civil barracks to explain his case to them.

According to his version, the officers then boarded the ship to ask for papers, but the managers refused, and a passenger disruption ensued, which was joined by a mob of more passengers who were also trying to complain at reception.

When Sergio went to the police, he said, “The Guardia Civil told me that they were surprised by the capacity issue because they had registered 2,300 crew members, when the capacity of the ship between workers and clients was around 5,700 passengers, about 4,300 with 75 per cent of the capacity. And I tell you that there were more than 4,000 tourists”, as reported by 20minutos.es.