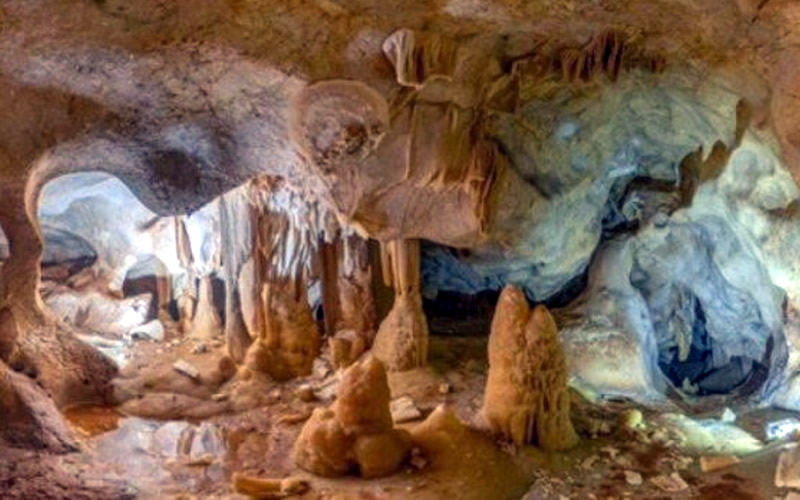 THE ENTRANCE to the new cave discovered in La Araña has been bricked up, to comply with current legislation

After inspecting the interior of the cave found in the La Araña quarry operated by the FYM-Heidelberg cement company, and while awaiting the reports that will determine whether there is archaeological or geological value inside, the entrance to the cave was sealed off today, Tuesday, August 31, in order to protect it, and to prevent anyone from entering and manipulating or damaging its interior, in accordance with current legislation.
The cavity will remain covered until the report is issued, and measures are taken, if the technicians in charge of it so recommended, and from the moment the inspection is finished, while the activity of the cement plant continues to be stopped and is not expected to restart until a decision is taken by the Junta de Andalucia, after receiving and studying the reports.
The cement company refers to the communiqué it issued on August 13, in which it expressed its full cooperation with the Junta de Andalucia, and announced the cessation of activity in the quarry, in order to avoid damaging the cave until the administration made a decision on the basis of the conclusions of the aforementioned reports.
This latest find is located next to the Navarro IV karst complex, declared by the Junta de Andalucia as an Asset of Cultural Interest (BIC), containing one of the most important geological and archaeological records in the western Mediterranean for documenting the period between the Middle Pleistocene (around 150,000 years ago), and the Early Holocene (4,000 years ago).
In Cueva Navarro IV, the discovery of lithic pieces and mollusc remains provides evidence of their use during the Upper Palaeolithic age, but the main interest of this cavern comes from the art on its walls, in different shades of red and black, and with geometric motifs: curvilinear, punctuations, dotted lines, paired lines, and rectilinear and crossed beams, as reported by malagahoy.es.