Train cancellations continue on the Malaga to Fuengirola line 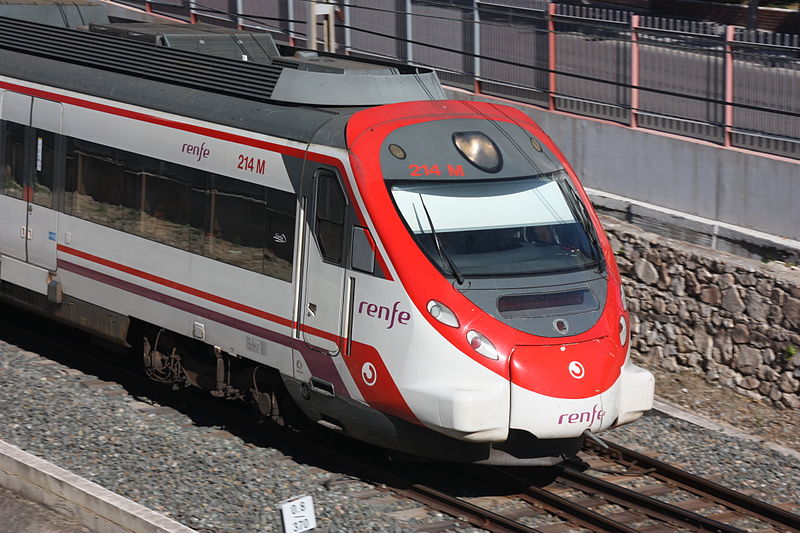 The cancellation of Cercanias trains in Malaga province continues seems to have no end in sight, as Renfe announced today, that for Tuesday, August 31, and then Wednesday and Thursday, another six trains will be cut on the C-1 line between Malaga and Fuengirola, citing the absence of five train drivers for various reasons, and that it is still the summer holiday period.
These six trains are from a total of 104, while it remains to be seen what will happen with the eight daily trains that Renfe had promised to restore in September on the C-2 line to Alora.
Renfe apologised to passengers for the disruption to its services, saying they try to inform them as far in advance as possible, through the various channels in stations and local trains in Malaga, including the public address system, and have told passengers that a worst-case scenario is having to wait 20 minutes for the next train.
Miguel Montenegro, the general-secretary of CGT, the train drivers union in Andalucia, has said this situation will continue to occur unless more drivers are hired, “we expect more cancellations because now come the train drivers’ September holidays”, adding, “unless people are transferred quickly to cover for the sick leave, which does not look like it is going to happen”, as he pointed out, “this sick leave and holidays should be foreseen, but the neglect of the service is absolute”.
Mr Montenegro stressed that the problem is not just a driver shortage, “there is not a single inspector, this means that people are used to travelling without masks or travelling without paying between stations that do not have turnstiles, in Alora nobody pays”.
According to Montenegro, it is the ticket office workers who are suffering the most, “they receive complaints and insults from customers about the suppressions, when they are not to blame, but they are the ones who have to show their faces”, claiming that these workers are never notified in advance by Renfe, when they could be, “because they already know that the trains are going to be cancelled”, as reported by malagahoy.es.