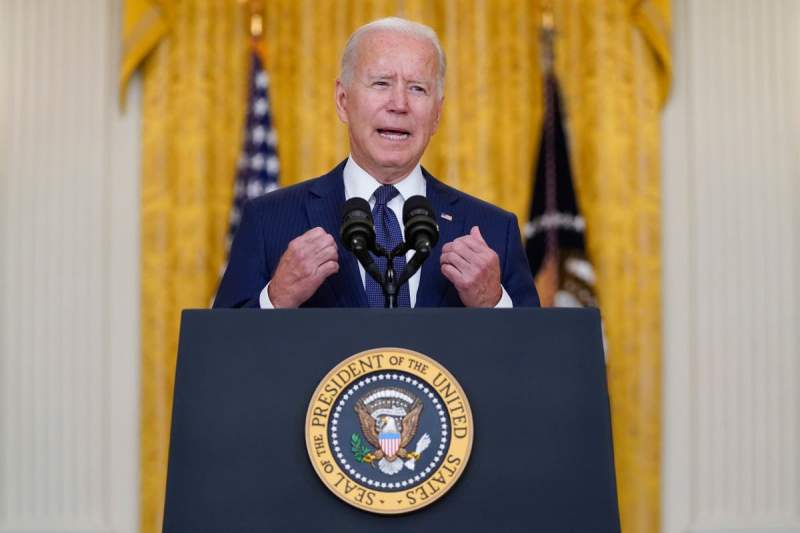 In an address to the nation, President Joe Biden said ending the war in Afghanistan was an “extraordinary success”.

“My fellow Americans, the war in Afghanistan is now over. I’m the fourth president who has faced the issue of whether and when to end this war. When I was running for president, I made a commitment to the American people that I would end this war. Today I’ve honored that commitment,” Biden said on August 31.

“I was not going to extend this forever war, and I was not extending a forever exit,” he said, adding that the withdrawal was an “extraordinary success”.

He also praised the US military.

“For weeks they risked their lives to get American citizens, Afghans who helped us, citizens of our allies and partners and others on board planes and out of the country. And they did it facing the crush of enormous crowds seeking to leave the country,” he said,

He laid the blame for the the Taliban’s trenth on Donald Trump.

“My predecessor, the former President, signed an agreement with the Taliban to remove US troops May 1, just months after I was inaugurated. It included no requirement that the Taliban work out a cooperative government arrangement with the Afghan government.

“But it did authorize the release of 5,000 prisoners last year, including some of the Taliban’s top war commanders, among those that just took control of Afghanistan. By the time I came into office, the Taliban was in its strongest military position since 2001,” he added.