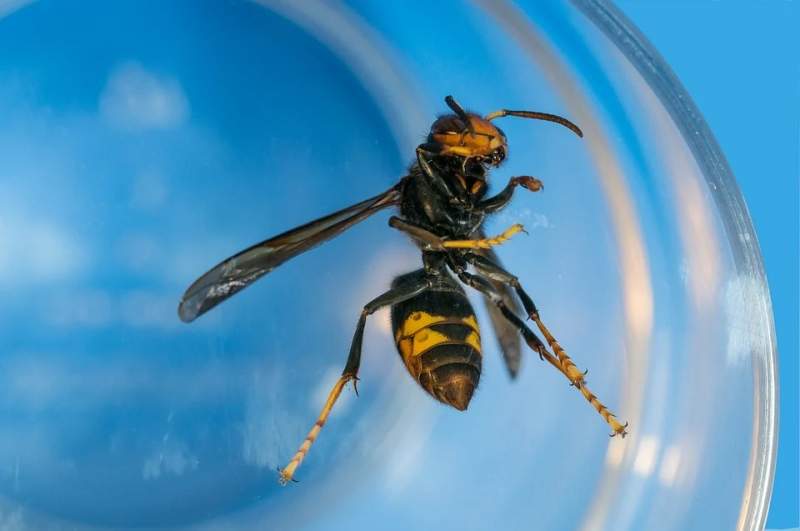 Deadly Asian hornets could invade Britain as they hide in unwary holidaymakers’ bags. Holidaymakers are being asked to check their luggage and even their car boots as families head home from Europe after their summer holidays.

Due to the coronavirus pandemic and restrictions on travel last year there was a break from the Asian hornet threat, but they are expected to return this year after travel opened up for summer.

The Asian Hornet Action Team have been placing posters throughout Devon, Cornwall and Dorset as nests have been spotted there since 2018. They have called on the public to keep an eye out for the insects as they can be dangerous. Sadly, in France multiple people have been killed by their stings.

A spokesperson explained that: “Unsuspecting travellers could be bringing hidden Asian hornets into Britain in their vehicles and luggage, thus inadvertently releasing queen hornets that will hibernate and establish new nests here next spring.”

Across the Channel Islands traps have been laid in a bid to catch nest making queens in fields, hedges and gardens. It is hoped that this will prevent the next generation of hornets from being born.

On Guernsey, Francis Russell, has been coordinating the campaign and has said that Asian hornets are “voracious predators”.

He explained that: “A single insect is a lot easier to deal with than a nest of ten or twelve thousand angry worker hornets, which could be 30ft up in a tree.

“We have noticed that queen hornets have a habit of turning up in kitchens so it is important to not let these insects escape.

“Most likely, it will be a harmless queen wasp, but it is always a possibility.

“I would also ask people to check their outbuildings, sheds, verandas and porches to look for any of the early queen’s nests – pale brown and not much bigger than a golf ball.”