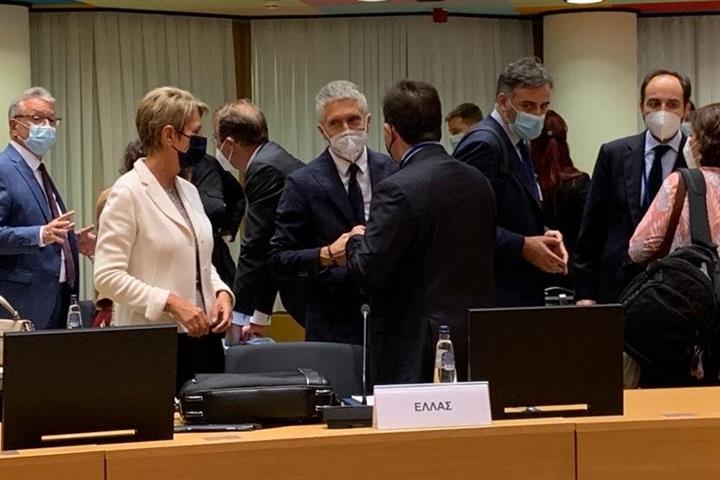 Interior Minister Fernando Grande-Marlaska has called on the EU to act together on Afghanistan.

Speaking at a meeting of ministers in Brussels on August 31, Grande-Marlaska said, “”We still cannot specify the extent of this new crisis – the minister has admitted – but this does not prevent us from preparing to act better than in the past. The declaration approved today is a first step in that direction.”

The seriousness of the evolving situation requires a determined and concerted response to its many dimensions by the EU and the international community, the Ministers agreed.

“Based on lessons learned, the EU and its Member States stand determined to act jointly to prevent the recurrence of uncontrolled large-scale illegal migration movements faced in the past, by preparing a coordinated and orderly response. Incentives to illegal migration should be avoided. The EU should also strengthen the support to the countries in Afghanistan’s immediate neighbourhood to ensure that those in need receive adequate protection primarily in the region,” the Ministers said on August 31.

“The need for unified and coordinated external but also internal communication is key. Targeted information campaigns should be launched to combat the narratives used by smugglers, including in the on-line environment, which encourage people to embark on dangerous and illegal journeys towards Europe.

“The EU and its Member States will do their utmost to ensure that the situation in Afghanistan does not lead to new security threats for EU citizens. All efforts must be pursued to ensure that the Taliban regime ceases all ties and practices with international terrorism and that Afghanistan does not become once again a sanctuary for terrorists and organised crime groups.

“The EU will use all its available tools to closely monitor and respond to developments on the ground that might impact its security, in particular in the area of organised crime and terrorism, including its financing. Europol will provide an analysis of the criminal risks linked to the situation in Afghanistan. Exchange of information and intelligence, in line with national competences, also with third countries, and the sharing of regular threat assessments, are of utmost importance. The timely performance of security checks of persons being evacuated from Afghanistan remains crucial,” the Ministers added.