Will Demand for Cryptocurrencies Continue to Rise in 2022? 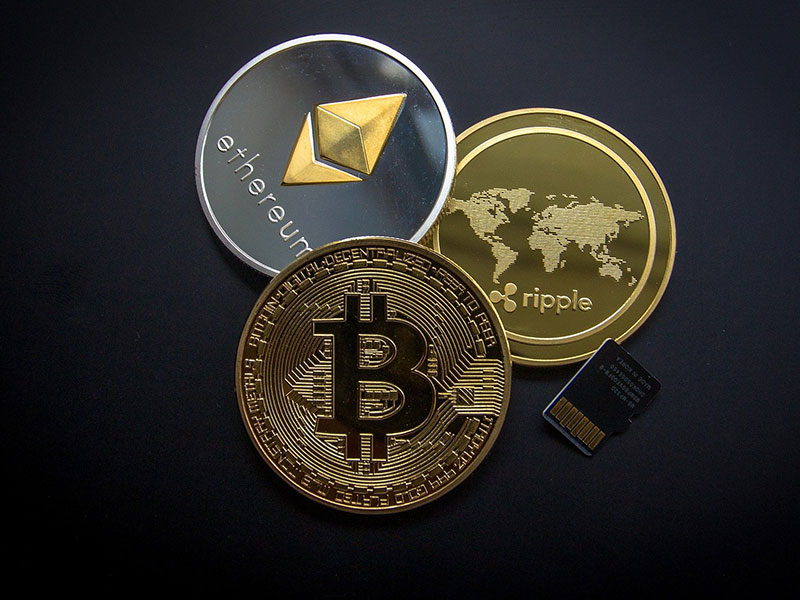 Cryptocurrencies have been making headlines, especially this year. A key player in this has been Elon Musk, known for his circles around electric car company Tesla, who caused Bitcoin’s value to fluctuate with his tweets during the spring. Another major news story was El Salvador’s adoption of bitcoin as an official means of payment. Bitcoin is the best-known example of a cryptocurrency, but it is by no means the only cryptocurrency. In fact, there are countless coins, and they are part of a wider phenomenon where people are looking for new ways of exchanging money that are free from central banks. This phenomenon also helps people who do not have access to banking services and is therefore an important factor in predicting the future of cryptos.
Technological Advances Enable Cryptocurrencies
The last few decades have been marked by staggeringly rapid technological developments. Technology has revolutionised both work and leisure. Websites and applications have also made it easier to manage many everyday financial transactions: banks have gone online, and digital wallets have come along to make online payments easier and faster. They are actively used in various entertainment sectors, such as online casinos like Vinneri casino. However, other alternative payment methods such as Paysafecard or Trustly are also widely used. Another payment method is the Skrill digital wallet. This is also common in other industries.
Let’s take a closer look at how cryptocurrencies work.
The 2008 Banking Crisis Triggers Developments
The idea of cryptocurrencies was on the table in the late 1990s, but the internet at the time did not yet allow the schemes to be put into practice. The time was ripe for cryptocurrencies after the 2008 banking crisis, which had shaken confidence in the existing monetary system. Cryptocurrencies promised the possibility of a decentralised banking system and bitcoin, for example, was created in 2008 and became operational in 2009.
The point of cryptos was that the trust of the parties involved in payment transactions would be achieved through cryptography, blockchains and algorithms. This would mean that there would be no need for a third party to maintain trust. In practice, this would mean bypassing banks from the process. This is understandable, as there are many people globally who cannot even access the services of banks. So, some people have a very practical reason for using cryptocurrencies, while others are probably more motivated by protesting the prevailing banking system.
El Salvador adopts bitcoin – will others follow?
The Central American country of El Salvador made headlines when it adopted bitcoin as its official currency alongside the US dollar. Some saw the country as a pioneer, while others said the decision was more a publicity stunt than a monetary policy decision. Many will be wondering whether other countries will follow El Salvador’s example.
Indeed, many Latin American politicians tweeted their support for El Salvador’s decision. Support came from Mexico, Argentina, Panama, Brazil, and Paraguay, among others. For example, a young Paraguayan politician, Carlos Rejala, supported El Salvador’s President Nayib Bukele and encouraged Paraguay to move forward with cryptocurrencies. He later introduced a bill that sought not to make bitcoin an official currency, but to regulate cryptocurrencies. Rejala, who belongs to the political centre, said that legalising cryptos like El Salvador is not an option in Paraguay. However, his goal is to make Paraguay a “crypto-friendly country”. The decision was certainly a disappointment for many cryptocurrency supporters, but it does give an indication that there is interest in cryptocurrencies in Latin America.
Where should we look?
While cryptocurrencies tend to be independent of central banks, national policies in countries are causing changes in their exchange rates. For example, El Salvador’s decision led to a 5% increase in the price of bitcoin and a rise in the value of other cryptocurrencies. One of the factors behind El Salvador’s decision was that the country relies heavily on foreign cash flows, so the decision to switch to bitcoin will make life easier for many citizens. This is something to bear in mind when considering which countries might legalise cryptocurrencies next. It helps to be familiar with the history and economic situation of different countries. Latin America, for example, is known for suffering from periodic crippling political and economic crises. These included the collapse of the banking system in Ecuador in the late 1990s and the economic crisis in Argentina in the early 2000s. It is true that Europe has also experienced economic and political crises,such as in Greece. However, European countries differ significantly from Latin American countries – for example, in terms of access to banking services for many citizens. So, there is no compelling need in Europe to formalise bitcoin, for example.
By way of comparison, in El Salvador, for example, around 70% of citizens do not use or have no access to banking services. The important point is that in El Salvador (as in other parts of Latin America, Africa, India, and Indonesia) there are more telephone users than bank account holders. This facilitates the adoption of cryptocurrencies, and it is worth looking to these countries when considering and trying to anticipate possible future cryptocurrency decisions for 2022.