DANA storm in Madrid reported as the worst since 1947 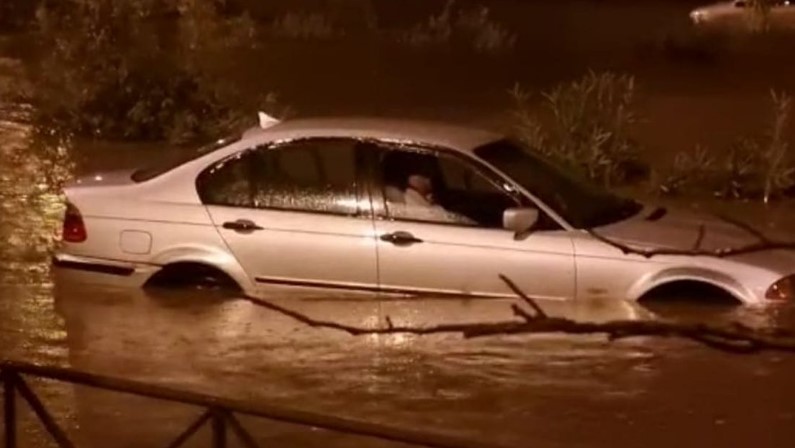 DANA storm in Madrid reported as the worst since 1947. image: twitter

THE DANA storm that hit Madrid on Wednesday, September 1, has been recorded by AEMET as the worst storm in the capital since 1947

According to Ruben del Campo, a spokesman for the State Meteorological Agency, AEMET, around 41,000 lightning discharges hit the Spanish mainland during Wednesday, September 1, along with record rainfall in the Zaragoza municipality of Dacora, as well as in Navarra, and Madrid, as the very humid air in low layers combined with a DANA to produce some horrendous rainstorms.

The Retiro Observatory in Madrid recorded 32.5 litres/m² during the early hours from Tuesday into Wednesday, which makes it “the most intense storm for a month of August since 1947”, in the capital of Spain, as Mr del Campopointed out, “although the storm occurred in the early morning of September 1, it is considered that it took place on August 31, because with rainfall days, instead of going from zero to twenty-four hours like the calendar, it ranges from nine in the morning of one day to nine in the morning of the next day”.

There was also 95 litres/m² of rainfall recorded by the Daroca Observatory, in the Iberian mountain range in Zaragoza, “43 of these litres were collected in just one hour, and made September 1, 2021, the rainiest day in that town since records began, and it must be taken into account that Daroca has a series of more than a century of history”, specified the man from AEMET.

September 1 was the rainiest day on record in the Navarran town of Tudela, on the banks of the Ebro, and in the whole of the southern half of the Foral Community of Navarra, where, “September 1 brought the most precipitation in the whole of the last fifty years, taking into account all the months of the year”.

In the provinces of Cuenca, Guadalajara and Toledo, “there were showers that were not too long, but extremely intense”, explains del Campo, indicated that in the AEMET Meteorological Observatory of Toledo, “about 20 litres/m² were collected in less than twenty minutes, and in the Toledo town of Ocaña, 10 litres/m² were collected in just ten minutes”.

“These intense precipitations in a short time cause many problems because large floods and pools of water are formed,” he warned, as reported by larazon.es.