Dragon-like species of lizard discovered in the Tropical Andes 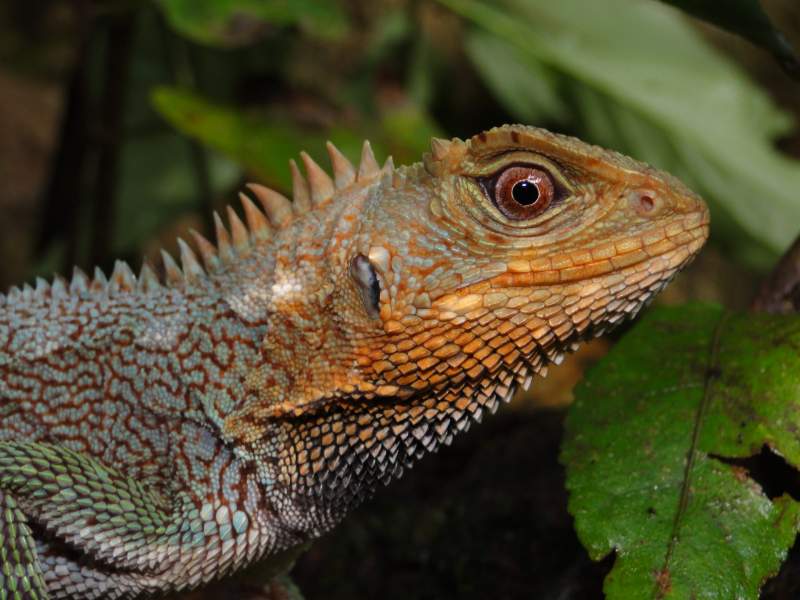 Closeup of a male of Enyalioides feiruzae. Photo by Pablo J. Venegas

Enyalioides feiruzae is a colourful, highly variable new species of lizard discovered in the upper basin of the Huallaga River in central Peru. Researchers, having searched for amphibians and reptiles in the area between 2011 and 2018, have now finally described this stunning reptile as new to science.

The Huallaga River in the Andes of central Peru extends for 1,138 km, making it the largest tributary of the Marañon River, the spinal cord of the Amazon River. This basin harbours a great variety of ecosystems, including the Peruvian Yunga ecoregion, which is considered a shelter of endemic birds, mammals, reptiles and amphibians.

How is it possible, then, that this corner of the Tropical Andes remains poorly known to biologists to this day? The main reason is indeed a quite simple one and it lies in the civil wars with terrorist organisations and drug traffickers that were going on in the region in the 1980s, disrupting biological studies.

It wasn’t until the late 1990s that the Peruvian government was able to liberate the area, and that’s when, little by little, some biologists began to venture back to the Huallaga Valley. However, forest destruction by coca plantations during the internal war, which eventually led to the construction of a hydroelectric power plant, left the Huallaga valley highly fragmented, making for an even more urgent need for biodiversity research in the area.

A new species of wood lizard, Enyalioides feiruzae, was recently confirmed from the premontane forest of the Huallaga river basin, and described in the open-access, peer-reviewed scientific journal Evolutionary Systematics. It took the researchers seven years of field surveys to formally describe it. To do so, they had first to spend plenty of nights in the forests, in order to pick by hand lizards that were sleeping on bushes 20-150 cm above the ground.

The Feiruz wood lizards – especially the males – come in a stunning variety of colours. Males can have brownish turquoise, gray, or greenish brown backs traced with pale lines. Females, in turn, can be greenish brown or floury brown, with faint dark brown lines on their back, limbs and tail, and spots on the sides.

The researchers believe E. feiruzae might have established as a separate species after it got geographically separated from a very similar lizard, E. rudolfarndti, possibly as a result from tectonic activity and climatic oscillations that occurred from the Late Oligocene to the Early Miocene.

The Feiruz wood lizard was named after Feiruz “a female green iguana, muse and lifelong friend.” The owner of Feiruz the iguana, Catherine Thomson, supported the authors’ efforts in taxonomic research and nature conservation.

The habitat of the E. feiruzae is very fragmented by croplands and pastures for cattle ranching, and for now we only know of a single protected population in the Tingo Maria National Park. Much more remains to be discovered about the size and distribution of E. feiruzae populations and their ability to survive and adapt in a fragmented landscape.

The new species belongs to the genus Enyalioides, which contains sixteen species. More than half of the known Enyalioides species have been described in the last two decades, largely due to the recent surveys of remote places in the Tropical Andes from Ecuador and Peru.