Making a formal complaint about an online purchase in Spain 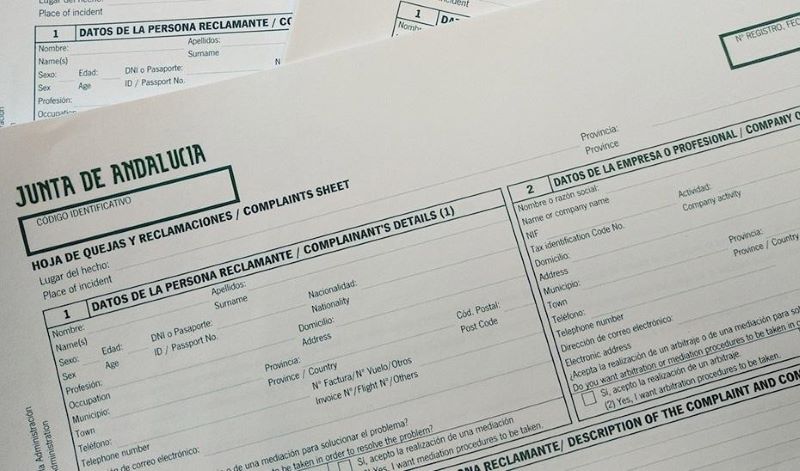 Making a formal complaint about an online purchase in Spain is far more complicated than if you wish to make a complaint in store.

It is very well-known that businesses in Spain are required to keep complaint books and if a consumer has a dispute with that seller or service provider, even if the consumer is in the wrong, then they can demand access to the complaints book and fill in the hojas de reclamaciones.

All businesses are required by law to make these available and the complaint can be made formally by completing a form which is signed by both parties and submitted to the Community Consumer Office where the matter will be considered and a solution recommended.

Often a simple demand to make a formal complaint will be sufficient to change the mind of a business which is trying to get away with something when it is in the wrong as it may well prefer not to be involved in a formal dispute.

In theory, consumers have similar rights if they purchase online but the reality is somewhat different and far more complicated to access.

One reader ordered and paid for a blouse from Mango, but because the driver they used first said there was on-one in to accept the delivery and then said he couldn’t find the house he returned the item to the delivery depot.

When the reader called Mango (in the hearing of this writer) she was told that it was their mistake but rather than send a new blouse, she could go and collect it some 25 kilometres distant or let it sit in the depot for two weeks before it would be returned to the warehouse and a credit would be issued.

So, the representative of Mango having agreed that their driver was at fault, refused to send a new blouse unless it was paid for and confirmed that the company would keep her money until it had the old blouse which was never delivered back in its hands.

In fact, there is a way of making a formal complaint for an online purchase, but it is so convoluted that the majority of people wouldn’t bother.

So be aware that although it is generally very easy to purchase online and not every company is as unhelpful as Mango, the reality is that is often far easier to enforce your rights which are enshrined in Spanish and EU legislation if you purchase in a shop.

Thank you for reading ‘Making a formal complaint about an online purchase in Spain ‘and remember that all articles produced by Euro Weekly News may be accessed free of charge.